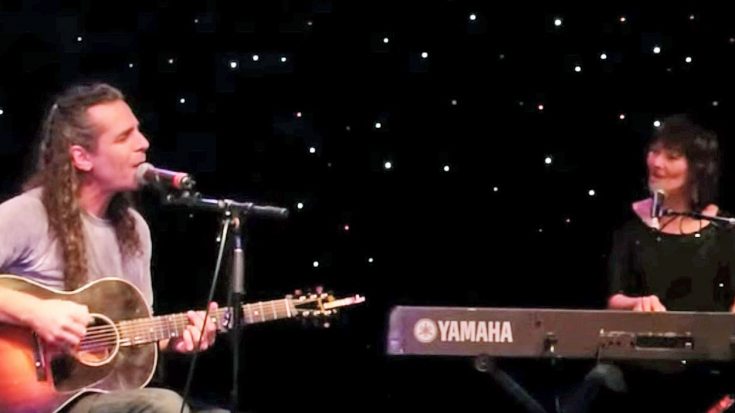 In January, 2018, we learned the devastating news that beloved country singer Lari White had passed away following a brief battle with cancer. She was 52 years old. Known for hits such as “That’s My Baby” and “That’s How You Know (You’re in Love),” White’s voice was one of the defining sounds of country music during the 1990s.

In later years, White took the time to focus on other projects, including movie roles. She appeared in a number of notable films, including Cast Away and Country Strong. In addition to all of that, she performed stage shows, wrote songs, and produced material for other artists.

White devoted some time to tutoring music students on the website Artist Works. It was through a post on this website that White announced her diagnosis with cancer, revealing in November 2017 that she had just learned of her diagnosis a couple of months beforehand.

After tests showed that White had cancer, she underwent exploratory surgery to find out which type. As she wrote, “The surgery revealed advanced Peritoneal Cancer. Since then a series of complications including pain management, pneumonia and a bowel obstruction requiring emergency surgery has kept me in and out of the hospital fighting for my life.”

In the following months, White and her family kept most details concerning her treatments and condition fairly private. But on January 19, 2018, her family announced that she had entered hospice. She passed away just a few days later.

Her husband, Chuck Cannon, who is a country music songwriter, cut down his typical touring schedule in order to devote more time to caring for his wife.

Cannon and White seemed to be inseparable, and the two often performed together. Back in 2012, the couple played during the Songwriters’ Night on the Delbert McClinton Sandy Beaches Cruise, and sang a song that held a great deal of meaning in their lives.

That song was “I Love the Way You Love Me,” which was recorded by John Michael Montgomery. He took the song to the number one spot on the Hot Country Songs chart, and it was also a crossover success. Cannon and his co-writer Victoria Shaw went on to win the Song of the Year Award for the song at the ACM Awards.

Cannon wrote “I Love the Way You Love Me” with White in mind, so it’s extra special to watch them sing it together. The two glanced lovingly at each other as they performed the song during the Sandy Beaches Cruise, proving just how powerful their love was.

You can watch White and Cannon’s romantic duet on “I Love the Way You Love Me” in the clip below.