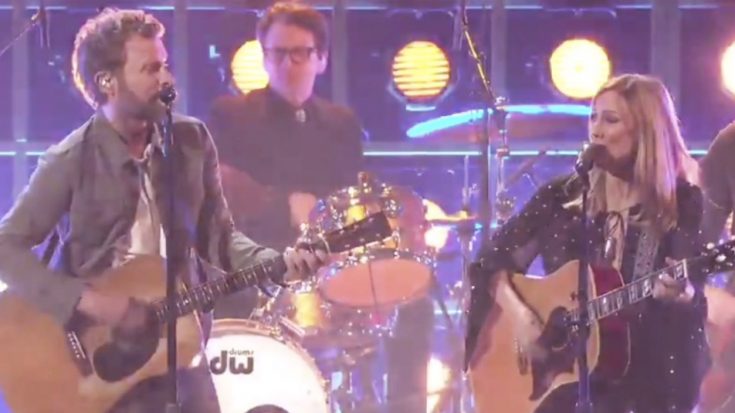 In 2012, the Country Music Association created a new award to “honor an iconic artist who has attained the highest degree of recognition in Country Music that achieved both national and international prominence and stature through concert performances, humanitarian efforts, philanthropy, record sales, and public representation at the highest level.”

It was named after the first recipient of the award, Willie Nelson.

So far recipients of the Willie Nelson Lifetime Achievement Award include Nelson (2012), Kenny Rogers (2013), Johnny Cash (2015), and Dolly Parton (2016). The Association doesn’t always give out the award every year. This year will be the first since 2016, and the award is going to Kris Kristofferson.

It’s customary for several different country singers to come together to honor the recipient with a performance. It was previously announced that Sheryl Crow, Chris Janson, Dierks Bentley, and Brothers Osborne’s Josh Osborne would be doing the honors.

Just hours before the show started, the CMAs announced that Joe Walsh would also be taking part in the performance!

Together, the five singers performed “Me and Bobby McGee,” which Kristofferson wrote in the 1960s. The first version was recorded by Roger Miller in 1969, then posthumously by Janis Joplin in 1971. Other people who have recorded the song include Waylon Jennings, Grateful Dead, Loretta Lynn, Kristofferson himself, Kenny Rogers and The First Edition, Gordon Lightfoot, Dolly Parton, Miranda Lambert and Johnny Cash, just to name a few.

Walsh, Bentley, Crow, Janson, and Osborne rocked the house with their performance, which Janson played harmonica on!  Everyone was on their feet, and we think Kristofferson will approve of it!

Kristofferson wasn’t in attendance due to a prior scheduled show in Iowa, but we’re sure he loved the performance as much as we did! Watch it below.