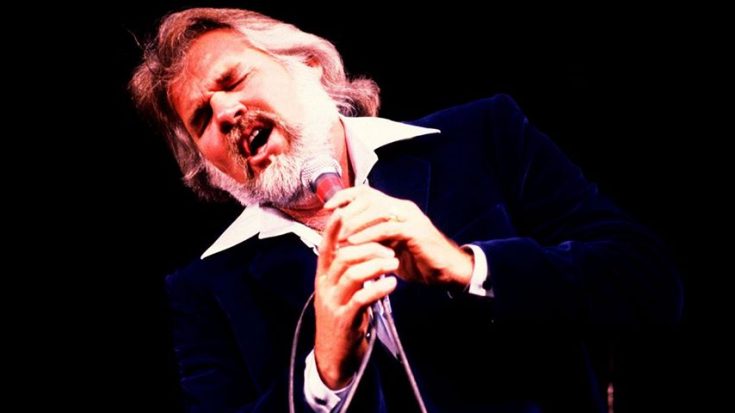 When a man loves a woman…or even when he doesn’t, you know a country song has been written about it. And when it comes to delivering the message, country legend Kenny Rogers ranks among the best.

You’ll Get The Message

In his version of “When A Man Loves A Woman,” Rogers offers a simple, straightforward message to his woman in a way that would flatter any lady.

“When a man loves a woman

He can’t keep his mind on anything else

For the good thing he’s found.”

Making Of A Legend

“When A Man Loves A Woman” was first recorded in 1966 by R&B artist Percy Sledge. Since then, the song has been covered by a host of greats including Johnny Rivers, Bette Midler, Michael Bolton, and even Art Garfunkel. It’s become a legend of sorts in that it’s only the seventh single in history to top the Hot 100 as recorded by multiple artists. It was also listed 54th on Rolling Stone‘s 500 Greatest Songs Of All Time.

Throughout the years not much has changed with me and @_KennyRogers friendship. I smile every time we get together, and I want to wish the other island in the stream a very happy birthday today! ?❤️ pic.twitter.com/6lNtbdVMH8

Written On The Fly

Before the initial recording session, the song had no title or lyrics. The session proceeded with the expectation that Sledge would produce them for the vocal takes. When it came time to record the vocals, Sledge improvised the lyrics with minimal pre-planning, using the melody as a guide for rhythm and phrasing. The performance was so convincing that others working on the session assumed Sledge had the lyrics written down. The rest, as they say, is history.

Kenny’s album released in 2004, appropriately titled 20 Best 0f Kenny Rogers, features the storied singer covering many of the greatest love songs of our time made popular by other notable artists. Still, Rogers masters them all, no matter their origin. Is it any wonder he was voted “Favorite Singer of All Time” in a 1986 PM Magazine/USA Today poll?

Rogers has sold over 120 million albums worldwide during his career, making him one of the best-selling male artists of all time with 20 Platinum albums and 11 Gold. He was inducted into the Country Music Hall of Fame and Museum in the fall of 2013.

What’s your favorite Kenny Rogers song? Do you remember the first song you heard him sing? What was it?