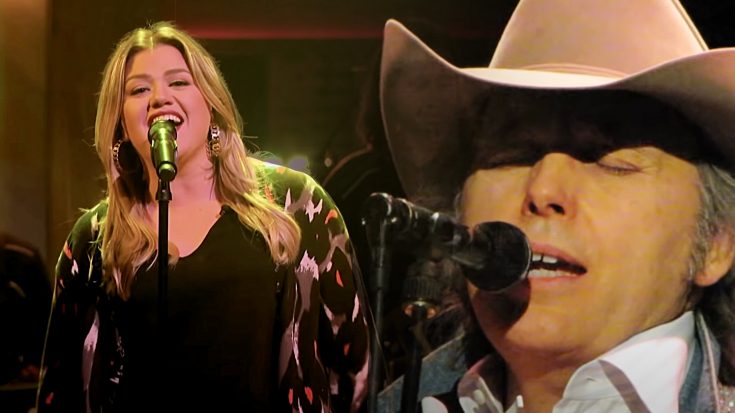 Is Kelly Clarkson trading in her pop princess crown for a pair of cowboy boots?

For years, there has been speculation that Clarkson might record a country music album. Especially since the “Stronger” singer has rocked her fair share of country cross-overs, including the hit, “Don’t You Wanna Stay” with Jason Aldean.

While there is no clear answer on if the American Idol winner will ever bless us with a country-style album, Clarkson is not shy about her country favorites. In a YouTube Q&A to promote The Kelly Clarkson Show, the Texas native did not hold back her strong opinions on the evolution of country music sound. Still, she assured fans that her words came from a good place.

In a bold statement to advocate for a more classic version of country music, Clarkson stated:

“Here’s the thing: I just love country music. Okay? So why don’t we all start putting our ‘80s and ‘90s records on and let’s figure out ‘What is country music? What’s the sound like again?’”

In the same interview, Clarkson listed some of her favorite artists from past decades, and we now know that hitmaker Dwight Yoakam makes the list. Clarkson recently covered Dwight Yoakam’s early ‘90s smash, “Fast As You,” in a segment for her daytime talk show. The song was a perfect choice! Yoakam has a very “cool” artist persona and a unique voice, not unlike Clarkson’s iconic pipes.

Longtime fans of Dwight Yoakam will appreciate the pop singer’s take on the timeless hit, and new listeners will be introduced to a classic from Yoakam’s 1993 album, This Time.

You can step into a ‘90s time machine and check out Clarkson’s rendition of “Fast As You” in the video below! Happy travels!