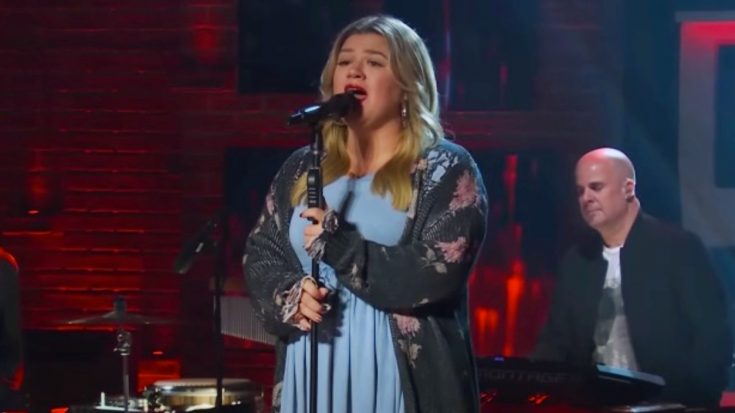 Kelly Clarkson was approaching her 11th birthday when Tracy Lawrence released his song “Alibis” in February 1993. The song became a #1 hit on the Billboard Hot Country Songs chart following its release. It remained in the chart’s top spot for a total of two weeks.

By the end of 1993, “Alibis” ranked at the 14th slot on the year-end Billboard Country Songs chart.

“Alibis” was also a crossover success. It claimed the 72nd position on the all-genre Billboard Hot 100 chart.

Clarkson often uses the “Kellyoke” segment of her talk show to showcase the country songs she grew up on. One of those songs was “Alibis,” which she performed during an episode that aired in November 2022.

Her moving rendition of Lawrence’s #1 hit resonated with her viewers. People wrote the following comments on the YouTube video of her performance:

“I’ve loved this song for years. Big fan of Tracy Lawrence. Of course Kelly breathed new life into a 90’s country classic. Of course she knocked it out of the park. Kelly always killin it.”

“Right on, Kelly! I love the ’90s country music…and Tracy Lawrence! Thanks for singing beautiful!”

“Always a fan. This is one of my favorite Tracy songs. You did it justice.”

“Kudos, Kelly. One of the first cassettes I bought with my own money, along with Alan Jackson and Vince Gill. Glory days of country.”

Now you too, can watch Clarkson sing “Alibis” by checking out the video below. We can’t wait to hear her next country cover!