Kelly Clarkson Dazzles With Cover Of “The Keeper Of The Stars” 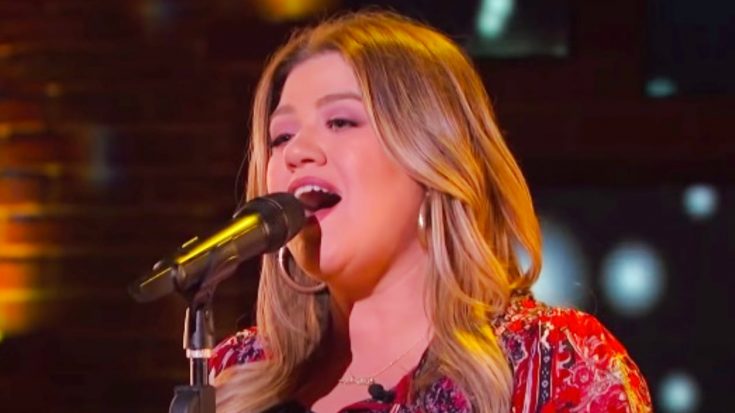 In February 1995, Tracy Byrd released the fourth and final single off of his album No Ordinary Man. The song, titled “The Keeper of the Stars,” became a Top 10 country hit, peaking at the second spot on the Hot Country Songs chart.

“The Keeper of the Stars” is a romantic ballad that has Tracy singing about how he believes God is responsible for helping him meet the love of his life. The heart-melting tune resonated with audiences outside of the country music world too, as it claimed the 68th spot on the all-genre Billboard Hot 100.

Now, decades after the song was released, it’s experiencing a bit of a resurgence…and Kelly Clarkson is partially to thank.

During the Season 20 finale of The Voice, Clarkson’s country-singing team member Kenzie Wheeler delivered a cover of “The Keeper of the Stars.” Viewers were clearly impressed with Kenzie’s performance, because he went on to become the runner-up of his season.

Mere days after Kenzie sang it, Clarkson shared her own performance of “The Keeper of the Stars.” She featured her cover during the “Kellyoke” segment of her talk show, The Kelly Clarkson Show.

Clarkson’s dazzling cover of the song stunned her fans. It also made an impression on Byrd himself, who responded to her rendition (and by association, Wheeler’s as well).

“Looks like Keepers of the Stars is making a come back this week. Thanks Team Kelly..” Byrd wrote.

Tune in below to watch Clarkson’s version of “The Keeper of the Stars.” Since Byrd gave it a shout-out, you know it has to be good!