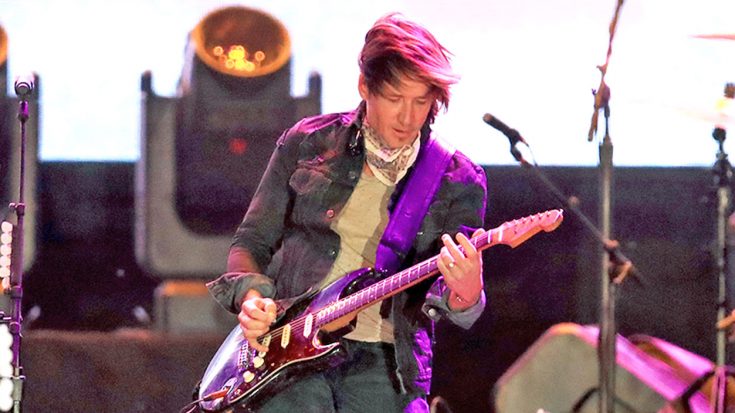 For one weekend in April, country fans from all over flocked to Indio, California to enjoy the three-day country music festival Stagecoach. Headlining acts included Florida Georgia Line, Keith Urban, and Garth Brooks, as well as an awesome lineup such as Cody Jinks, Kelsea Ballerini, Lee Brice, Brett Young, Aaron Watson, and many more.

Music festivals like Stagecoach are known for surprise duets and collaborations and this year did not disappoint. Some of the collaborations are dreams coming true for the artists performing them, which is why it’s so much fun to watch as a fan. While any Keith Urban set is filled with his own hits as well as some songs to display his insane guitar skills, he included one song that no one saw coming – not even his biggest fans!

Mark your 📆! Keith will be headlining @Stagecoach on Saturday, 4/28! 🐎 Passes on sale 9/22. pic.twitter.com/hLJ6OhLcEe

An Epic Throwback & The Big Reveal

To help him perform the 1993 hit song “Fast As You,” Urban brought out the song’s original singer and writer, Dwight Yoakam! He was also joined by country duo Brothers Osborne to kick the song off. After the first verse, chorus and an awesome guitar solo from John Osborne, Yoakam nonchalantly walked out on stage to sing the next verse solo.

When the camera got to him, the crowd went absolutely nuts! While he performed at the festival earlier in the day, no one knew he’d jump on stage with Brothers Osborne and Urban, let alone sing one of his own songs!

Yoakam, who was wearing his signature denim on denim look with a cowboy hat, took lead vocals over for the rest of the song with Brothers Osborne and Urban handling harmonies.

A Collaboration We – And Keith Urban – Will Never Forget

After ending the song with an insane guitar jam session, Urban ran to the mic and yelled, “Dwight freaking Yoakam! The legend!”

This was such a treat for country fans, who all looked like they thoroughly enjoyed themselves – we know we did! Watch their epic collaboration below.