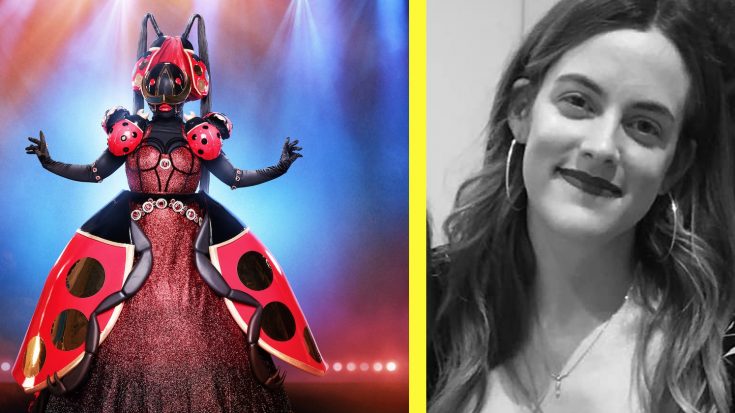 Well, folks, the very first episode of Masked Singer’s second season has officially aired – and the surprises, shocks, and mysteries are out in full force!

#LadybugMask made its debut at the #Emmys purple carpet! ? Get clued in on their identity this Wednesday at 8/7c on @foxtv. #TheMaskedSinger

Fox’s new hit celebrity singing competition debuted a handful of new costumed stars and delivered clue packages that are shrouded in mystery…but the judges had a few solid guesses, and even two of the competitors got revealed on the very first night.

To say it was intense would be an understatement.

But there was one clip from the show that caught our attention – when the Ladybug started singing in a battle against the Egg.

She delivered a strong and slightly raspy performance of Pat Benatar’s “Hit Me With Your Best Shot” and it was so good – that the judges believe she’s had at least a fair amount of practice singing.

In the Ladybug’s clue package, she dons a Southern accent, says she’s from a famous family and explains she wants to strike out on her own.

One of the judges thinks she’s put it together and that the person under the gawdy costume is none other than Elvis’ famous actress granddaughter Riley Keough!

Not a bad guess, if you ask us! Others are suggesting it could be Vanna White, Kelly Osbourne, or even EG Daily – who voiced Tommy on The Rugrats!

Check out the Ladybug’s first performance on Masked Singer below and let us know who you think it might be!