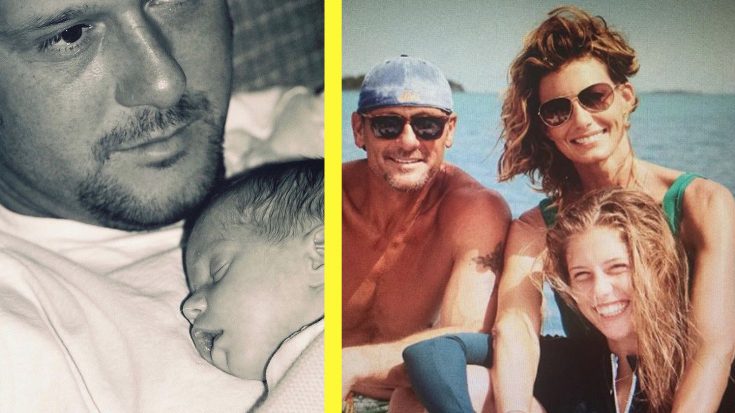 Longtime country music heartthrob Tim McGraw and his wife of 20+ years, Faith Hill, have been blessed with three beautiful and talented daughters – all of whom they gush over at each wonderful milestone in their lives.

Happy Birthday to Maggie who is 19 years old today!!!!! How is this possible? To one of the most adventurous, funniest and hardworking young ladies I know. So happy to have you home even if it is only for a couple more weeks. We love you!

All of their kids have taken quickly to singing (just like their parents) and they’ve welcomed each of them on stage to perform with them at one point or another.

This girl, life of the party since she was born 20 years ago today!!!!! Happy Birthday Gracie. You light up every room you enter. We are so proud of you in every way. I feel blessed everyday to be your mom. I Love you.

Gracie, who is the eldest, even started a band called “The Band Tingo” and once joined her dad on stage for “Here Tonight” during a 2015 tour stop in Nashville.

Maggie, their middle child, joined her mom for a road trip across the country on her way to college just a couple years ago – and during their 2017-2018 Soul2Soul tour that stopped in Ontario, Canada, she performed solo for a massive stadium filled with folks!

And Audrey, their youngest daughter, is almost 18 and has never been afraid to sing solo at her parents’ concerts. In fact, a 2014 performance (when she was just 13) captured her singing solo with her dad peeking out from behind a curtain as he watched.

Now, to honor National Daughter’s Day 2019 – Tim had them all stand together so he could get a picture of his beloved girls and share it with the world.

“There is nothing as beautifully inspiring as being the father of 3 remarkable, talented and self-confident young women!
Happy #nationaldaughtersday”