Johnny Cash’s Former Home In Tennessee Up For Sale 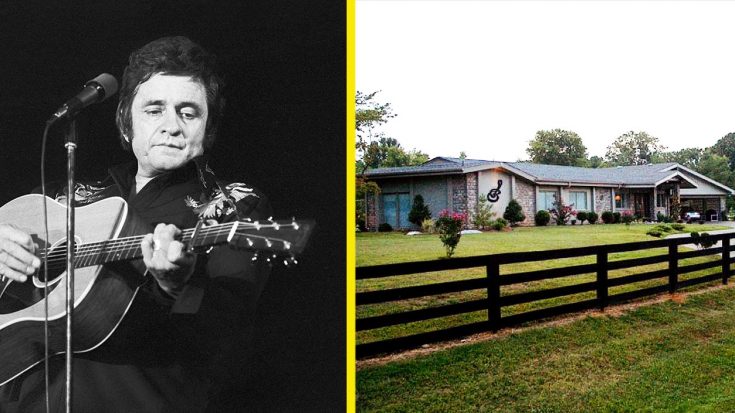 Nicknamed the “Mama Cash Home” country music legend, Johnny Cash purchased this home in 1974 for his parents, Ray and Carrie. Located in Hendersonville, Tennessee, it sits across the street from the lakefront property where Johnny and June Carter Cash lived for over 30 years.

Set at an asking price of $845,000, this historic Tennessee home was built in 1963. The ranch-style home includes four bedrooms, three bathrooms — including one with light purple tile — and a patio on one acre. The walls and ceiling of each room are built with weird and unique angles. And although things changed over the years, the home’s current owners, Brian and Sally Oxley,  who purchased the house back in 2014, have renovated the house to look similar to when the Cashes lived there.

Brian Oxley divulged some information about when Johnny Cash actually lived in the home during a recent interview with the Tennesseean,

“Johnny Cash and June spent their last months in that home, because his eyesight wasn’t well, he was in a wheelchair and his bedroom (at his house) was on the upper floor.”

A plaque near the front door shares the home’s history; the house’s new owner will also inherit an original photo of the Man in Black and his parents, as well as a grandfather clock — a family heirloom valued at $10,000.

Watch the video below for a tour of the Mama Cash House.