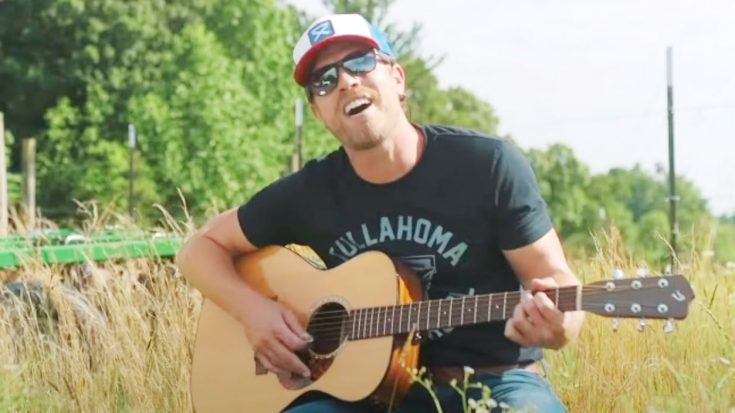 On June 3, CMT hosted a televised special in honor of essential and frontline workers who have served their communities during the COVID-19 pandemic. Called CMT Celebrates Our Heroes, the program featured performances and testimonials from some of the leading names in country music.

Artists such as Carrie Underwood, Kelsea Ballerini, Little Big Town, and Luke Combs all contributed to the special. When it came to the performers, some chose to sing their own songs, while others opted to cover country hits of the past.

Take Darius Rucker for instance, who delivered a cover of Randy Travis‘ “Forever and Ever, Amen.” He did so while images of face mask-wearing couples flashed behind him.

The images further enhanced the message of the song, that true love can go on forever, no matter the circumstances.

Another artist who delivered a cover performance during the special was Dustin Lynch. The Opry member decided to sing Travis Tritt‘s “It’s a Great Day to Be Alive.”

“It’s a Great Day to Be Alive” was originally recorded by Jon Randall and was supposed to be released in the late 1990s, but never was. It was then covered by The Sky Kings before Tritt’s cover debuted in December 2000.

Tritt’s rendition of the song was a smash success, and peaked at the second spot on the Hot Country Songs chart. It also crossed over to claim the 33rd position on the all-genre Billboard Hot 100.

In the song, Tritt sings about finding the joy in the little things even when life is hard. For example, he finds himself in a good mood just because the sun’s shining and he has some rice cooking in the microwave.

During trying times such as the ones we’ve experienced throughout the COVID-19 pandemic, it has certainly been a saving grace to find happiness in life’s little moments. That’s why it seems fitting that Lynch chose “It’s a Great Day to Be Alive” for his CMT Celebrates Our Heroes performance.

Lynch, who delivered his performance while outside on his farm, took a moment to speak to small business owners before he sang. “I just want to take a quick moment and lift up and thank all of you small business owners out there that are doing everything you can to stay alive in this crazy year,” he said.

From there, Lynch moved in to singing “It’s a Great Day to Be Alive,” saying it serves as a reminder of how blessed we are to be able to live another day. Enjoy his performance below.

We too, join Lynch in saluting small business owners and all others who have kept our world going round during this unprecedented era in history.