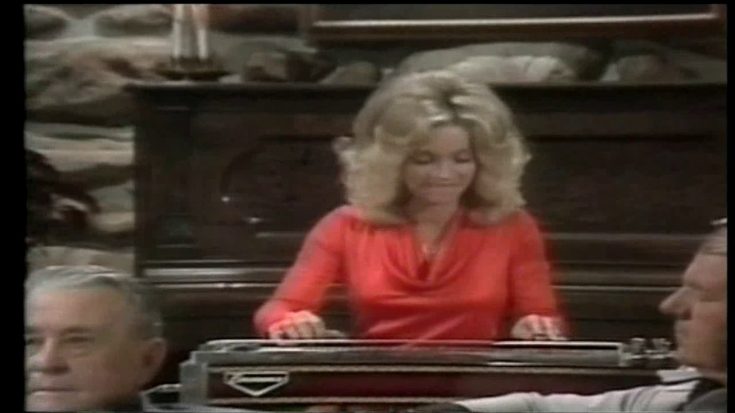 When this blonde bombshell sat down at the steel guitar, Johnny Cash had no idea what kind of a magical performance he was about to witness – but boy was he pleasantly surprised!

Known worldwide as a beautiful country songstress and later for her work as an actress, Barbara Mandrell unleashed her talent on the masses with this remarkable steel guitar solo. Mandrell has been known for her musical talents and even chartered a career in country music and entertainment that’s still talked about today! Alongside her sisters, Mandrell performed in a variety of specials and events, even venturing so far as to appear on the Johnny Cash Show as just a 13-year-old hopeful!

Making an appearance on The Johnny Cash Show – a beloved American variety TV show, Mandrell left the country legend in a state of shock and amazement with her impressive riffs and rags on this favorite country instrument!

She moves up and down the strings with seemingly effortless talent and ease, blowing folks away with this catchy, twangy, tune! Playing “Steel Guitar Rag,” Mandrell showed off the famous talent that brought her success in the beginnings of her career.

If you’ve ever wanted to see one of country music’s finest females dazzle and delight the audience with an impromptu guitar solo, look no further than the video below!