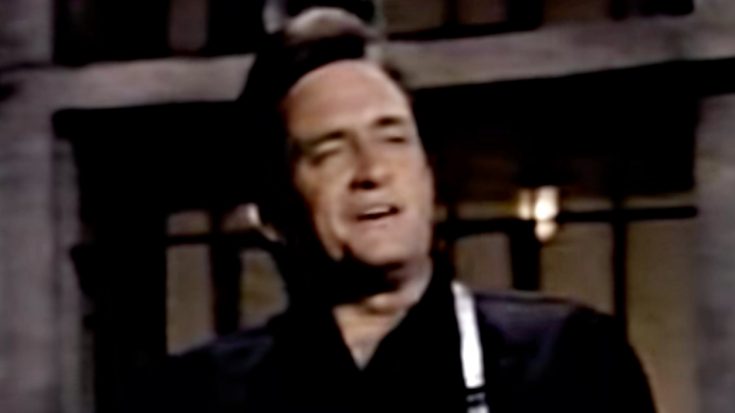 The original country legend, Johnny Cash, takes the stage at the Tom Jones Show in 1970 for a striking performance of “A Boy Named Sue.”

Cash stood solo on the stage with his guitar singing the song that tells the harrowing tale of what it’s like going through life as a boy named sue. The country legend shows his clever sense of humor during the performance, embellishing certain quippy lines making for a captivating show.

“My daddy left home when I was three,” sings Cash. “I don’t blame him cause he run and hid, but the meanest thing that he ever did was before he left, he went and named me ‘Sue’.”

“A Boy Named Sue,” tells the story of a boy whose estranged father left him with nothing but the humiliating name of “Sue.” The boy swears to the “moon and stars” that he’d find his father and kill him for giving him such a horrific name. However, at their reunion, Sue finds himself unable to go through with the assassination of his father and the two to reconcile their differences.

Cash released the song at the height of his success in 1969 and it quickly climbed to No.1 on Billboard Hot Country Singles and No.2 on Billboard’s all-genre Hot 100.

You can watch Cash’s unexpected tale of vengeance in the video below.