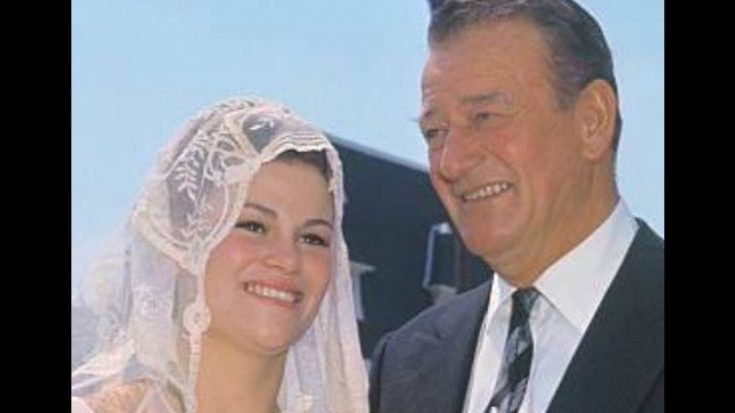 Melinda Wayne Munoz, the fourth child of John Wayne, died this week at the age of 81.

The news was announced on John Wayne’s social media pages with posts that read:

“We are saddened that John Wayne’s daughter, Melinda Wayne Munoz, passed away this week,” the statement says. “If you ever had the pleasure of meeting Melinda, you knew how warm, welcoming, and passionate she was and chances are, she probably made you laugh!”

Melinda was the youngest child born to Wayne and his first wife Josephine Saenz. Melinda married Gregory Robert Munoz in 1964 and the couple had five children together before divorcing in 1985. At the time of her death, Munoz was a grandmother to fourteen.

Marisa Wayne, the youngest of Duke’s seven children, took to social media to remember her late sister, saying, “Rest In Peace Dear Melinda. You gave so much love, laughter and support to all of us. I have no words to describe our loss but I know Heaven has one more angel and we will miss you so much.”

Melinda appeared in several of her dad’s films, including “The Quiet Man,” when she was a child, but didn’t pursue an acting career.

Melinda Wayne Munoz once described her dad as being a normal father. “He was so wonderful. But we were raised so normally it is almost boring. He was a man of honor. I loved being my father’s daughter.”

She also spoke about the relationship her parents had after their divorce. “That is a great example of how two people can be parents even though they are not married. My mother never gave an interview or talked about him [after their divorce] and he was hugely respectful and appreciative of her.”

Our thoughts and prayers are with the Wayne family.