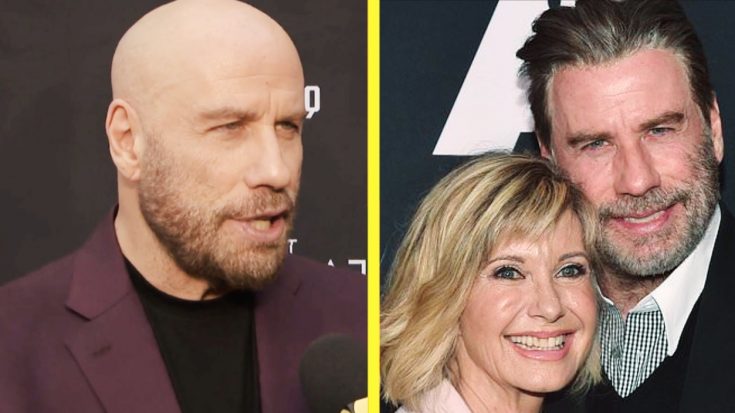 After beating cancer two times in her life, actress and singer Olivia Newton-John is now in the midst of her third cancer battle. This time, she’s been diagnosed with Stage 4 breast cancer, and chances of a cure are unlikely.

Still, the Grease star has remained positive, telling 60 Minutes Australia in an interview that she’s managed to fight the pain with natural remedies and cannabis her husband grows.

“I really believe the cannabis has made a huge difference,” she said. “If I don’t take the drops I can feel the pain, so I know it’s working.”

In an exclusive #60Mins interview, Olivia Newton-John has opened up about her health challenges and why she's taken a step back from the spotlight as she lives with stage four cancer. https://t.co/rzfJyfhKGw

While Newton-John’s diagnosis doesn’t spell out good news, she is maintaining a hopeful outlook. She’s also refusing to pay attention to statistics about her disease.

In her 60 Minutes interview, Newton-John shared the number one thing she doesn’t want to know about her diagnosis.And that one thing is how much longer she’s estimated to have left to live.

“I don’t read statistics,” she said. “If you believe the statistics, you’re going to make them happen. If somebody tells you, ‘you have six months to live’, very possibly you will – because you believe that.”

Even though Newton-John isn’t paying attention to her estimated life expectancy, she’s still treating every day as if it’s her last.

“I’m so lucky that I’ve been through this three times and I’m still here,” she said. “I’m living with it. Every day is a gift now, particularly now.”

One person who also knows that life is a gift is Newton-John’s Grease co-star John Travolta, who lost his son in 2009, at the age of 16.

Today is the 6th anniversary of Jett Travolta's death.I'm so close to you John in this sad day. My heart is with you. pic.twitter.com/gXYYE7TUCF

Travolta was on the red carpet for the premiere of his film The Fanatic on Thursday and Entertainment Tonight caught up with him. They spoke about the movie, but also asked him about Newton-John.

“She doesn’t look any different than [she did] years ago, and I’m very proud of her,” he continued, “I’m very happy about Olivia.”

It sounds like Danny Zuko has Sandy Olsen’s back. Watch their sweet reunion below.