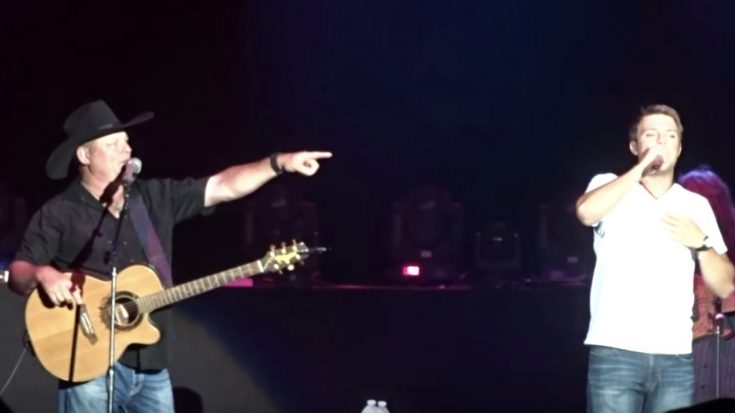 The apple didn’t fall far from the tree for ’90s hitmaker John Michael Montgomery and his son Walker.

In an interview with Country Rebel last year, John Michael shared that his son was showing an interest in pursuing a musical career, something the proud dad said he would support 100 percent as long as academics were a priority. So, it should come as no surprise that 17-year old Walker has been appearing on stage with his famous dad in recent months.

The teen not only inherited his dad’s good looks but his smooth voice to boot. In a video taken at the Kentucky State Fair in Louisville last year, Walker joins his dad on stage to sing “Life’s A Dance,” the song that launched John Michael into the country spotlight in 1992 as the first single from his debut album of the same name.

We think you’ll agree that this is just the beginning for Walker Montgomery. If the crowd’s reaction in the video below is any indication, Walker will be following closely in the footsteps of his father and will be making some huge waves in country music in years to come.