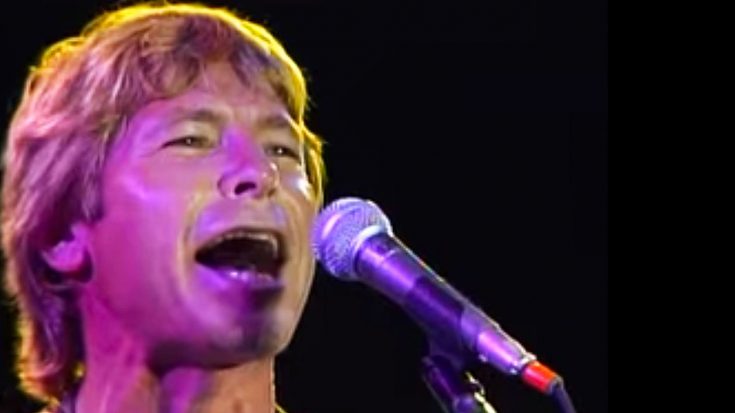 Music icon John Denver, commonly known for his classic song “Take Me Home, Country Roads,” rocked the stage at Farm Aid – way back in 1985. Farm Aid is a benefit concert first started in the mid-80s to raise additional funds for American farming families who struggle with mortgage debt and hardships affiliated with the job and seasonal work.

#WaybackWednesday to 1980 When Mountaineer Field at Milan Puskar Stadium was born. The stadium opened on September 6th when John Denver sang Take Me Home, Country Roads along with some 50,000 fans before a win over Cincinnati. The field will always be our home away from home. pic.twitter.com/9je80PAeFk

A lively Denver took to center stage at this chock-full concert and treated longtime fans, as well as newcomers, to a live performance of his beloved chart-topping number “Thank God I’m A Country Boy” alongside country-folk group Nitty Gritty Dirt Band! With the killer band playing backup, these two icons gave one of the best performances of this cherished song you’ll ever hear!

“Music does bring people together. It allows us to experience the same emotions. People everywhere are the same in heart & spirit. No matter what language we speak, color we are, form of our politics or expression of our love & faith, music proves we are the same.” – John Denver pic.twitter.com/lJ9orDPSPU

Denver sang the song of appreciation for the simple life, such as raising a family and working on his farm.

The down to earth song carries an exceptionally upbeat tune and not only conveys a message of embracing a humble lifestyle but also allows for a cheerful dancing beat!

Check out Denver’s energetic performance below with the fellas from Nitty Gritty Dirt Band!