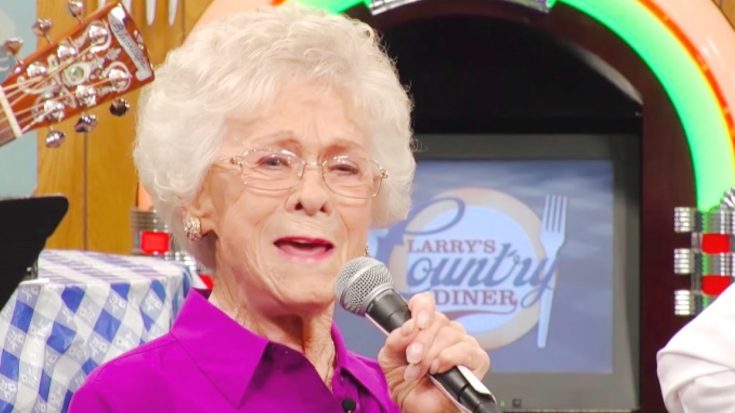 The History Behind One Of Country’s Longest-Lasting Songs

If classic country fans were asked to name one of the genre’s timeless hits, many of them would say “Tennessee Waltz.”

First released in 1948, “Tennessee Waltz” was penned two years prior, when Redd Stewart wrote the lyrics and Pee Wee King wrote the music.

King was the first artist to lend his voice to it, but two more years would pass before it would gain any major traction.

The song’s popularity soared in 1950 after Patti Page took the song to number one on the Pop Music chart, a position which it held on to for nine weeks. Page’s recording was so popular that the song went on to sell millions of copies.

Many more versions of “Tennessee Waltz” followed, with everyone from Sam Cooke, to Otis Redding, to Leonard Cohen recording it. Since the song was popular enough already, each new recording only further contributed to its legacy.

Even though people think of country music as an exclusively American genre, songs as popular as “Tennessee Waltz” catch on all over the world. The song was shipped to many other countries, including Canada, the UK, and even Japan.

In fact, at one point the Japanese version was the best-selling song in the country’s history.

The Version You Knew Nothing About…

Another artist to lend her voice to this long-loved country classic was the late Jean Shepard. The country icon included the song on her 2003 album, appropriately titled The Tennessee Waltz.

But her rendition is one you’ve likely never heard, since that album wasn’t extremely popular.

Years later, Shepard was a guest performer on the classic and traditional country TV show Larry’s Country Diner. Since “Tennessee Waltz” has been around for generations, it seemed like the perfect tune to sing that day.

Even though she was near the end of her life at the time, Shepard’s voice was still just as brilliant as ever. Her talent was shining through every note, as she poured her heart into the song that country fans have loved for years.

You’re sure to be enchanted by Shepard’s performance when you watch it in the video below. Her name and her legacy will forever be intertwined with that of the “Tennessee Waltz.”