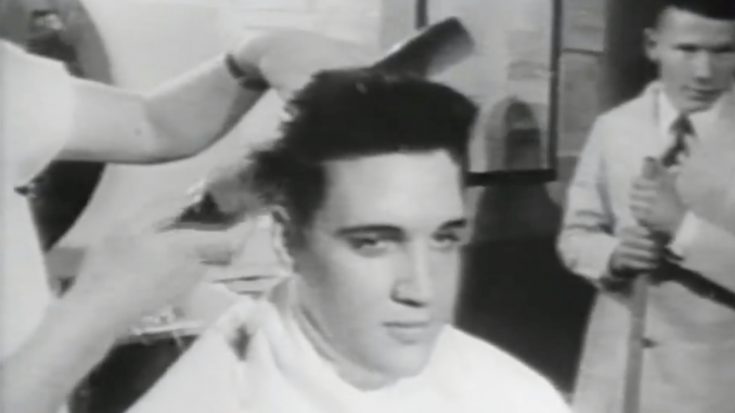 GWS Auctions located in Los Angeles, California announced that a baseball-sized jar of Elvis Presley’s hair, gathered by his personal barber Homer Gilleland, sold for $72,500 in an auction.

“The importance of this collection of hair is unmatched due to its astounding provenance and massive size. This is a once in a lifetime find and a must have for a serious Elvis collector,” GWS Auction wrote on their website.

In 2002 it sold for $115,000 and the hair has not been on the market for almost 20 years. It’s the largest clump of Elvis’s hair on the planet and it comes with extensive documentation that proves it truly belongs to the King of Rock.

“This hair was passed by Homer Gilleland to Thomas Morgan, who had a close friendship with the barber as well as Elvis. Morgan went to high school with Elvis and reconnected with the King many years later, as he was the Administrative Assistant to the Shelby County Sherriff’s Department and eventually even assisted with coordinating the security for Elvis’ funeral,” GWS Auction said.

The hair comes with a notarized letter from Thomas Morgan and a binder full of airline receipts purchased by Elvis to fly Homer Gilleland to come cut his hair a total of 117 times.

According to GWS Auctions, the letters authenticate and prove the circumstances surrounding the procurement of such a large amount of Elvis’ hair in addition to showing the friendship that Homer and Tom had with Elvis.

The jar of hair also came with several other letters from several other people verifying its authenticity, including one from John Reznikoff.

“These accounts were then verified by John W. Heath (one of the world’s foremost Elvis memorabilia expert) and John Reznikoff of University Archives (the world’s most trusted authority in the field of hair collecting today),” GWS Auctions said.

The buyer of the jar of hair also purchased Elvis Presley’s iconic jumpsuit from his 1972 Madison Square Garden performance for $1,012,500.