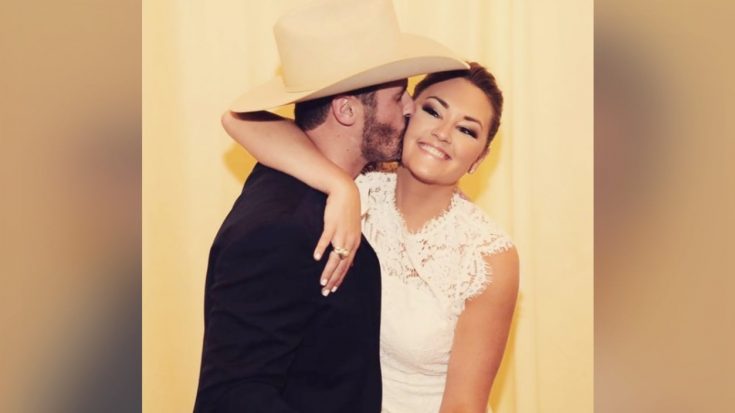 Alan Jackson‘s eldest daughter, Mattie Jackson Selecman, has suffered immense heartache in her 31 years of life. On September 12, 2018, her husband, Ben, died after slipping on a boat and hitting his head.

Mattie and Ben were just weeks away from celebrating their first wedding anniversary when he died.

Since Ben’s death, Mattie has been open about how she has coped with her grief. She has relied heavily on her faith, and frequently speaks about how it has served as a great source of comfort.

Mattie also united with a friend of hers, Brooke Tometich, to co-found the organization NaSHEville. According to the organization’s Instagram biography, they create apparel and host events “that celebrate sisterhood & give back to orphans, widows & trafficked women.”

Because of everything she’s been through, Mattie has been able to support others who have experienced the same heartache. And now, she’s about to help even more people in a big way.

Mattie announced on Instagram on Thursday (September 9) that she is publishing her first book. She was in a recording studio to record the audiobook and decided it was the perfect time to share her exciting news with her followers.

Her reveal came just days before the three-year anniversary of Ben’s death:

“This coming weekend will mark 3 years since I lost the love my life; 3 years since the future I’d planned and the marriage I’d prayed for were snatched away,” Mattie wrote.”This week I have had the unbelievable experience of recording the audio of my very first PUBLISHED BOOK – one that charts my pain and struggles and, ultimately, restored trust in Jesus as I’ve grieved Ben these past years.”

Mattie said she couldn’t share any other details about the book at this time. “…but keep your eyes open later this fall for more exciting details on all God has led me to and through over the past three years. HIS TIMING truly is everything,” she said.

You can read Mattie’s post about her upcoming book below. Congratulations to her!