Jamey Johnson Joined By Surprise Guest For “In Color” Duet 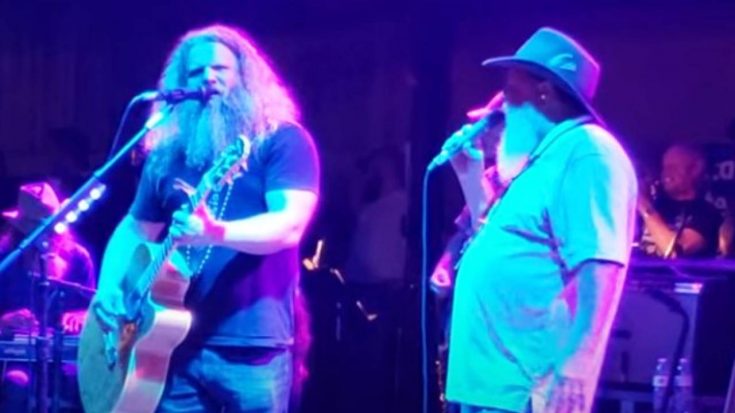 In March 2008, singer-songwriter Jamey Johnson released “In Color” as the first single from his second studio album That Lonesome Song. It was a slow burn on the charts, reaching the Top Ten ten months after its release.

Despite only peaking at number nine on the Billboard charts, it went on the win Song of the Year at both the ACM and CMA Awards, and was nominated for Best Country Song and Best Male Country Vocal Performance at the 51st Grammy Awards.

It has become an often-covered song by fellow country singers, even getting some love on The Voice in 2020.

Jamey Johnson co-wrote “In Color” with James Otto and Lee Thomas Miller. It was originally supposed to be released by Trace Adkins, but Jamey asked Trace if it was okay that he release it instead. Adkins included his own version as a bonus track of his 2009 album X.

Jamey has been performing the song for upwards of 13 years, but one performance from 2019 is making waves two years later because of the person the singer performed it with – his father.

At a 2019 show at JD Legends in Franklin, Ohio, Jamey was joined on stage by his dad to sing “In Color.” The singer started the song – and sang the lead, while his dad joined in on harmonies.

Rocking a similar beard, Jamey’s dad rocked a hat and looked at home on the stage. At one point, the band stopped playing, the men stopped singing, and the crowd continued singing the songs at the top of their lungs…chills! Both Jamey and his dad both had big smiles on their faces and it almost looked like Jamey wiped away a tear.

Watch their full performance below.