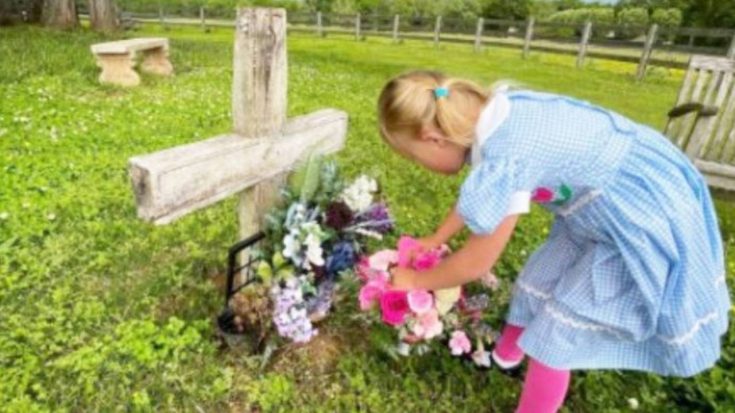 On Sunday, May 9, social media was flooded with tribute posts of people honoring their mothers and how incredible each of them are.

Sadly, there are many people who do not have living moms, who have to celebrate Mother’s Day a little differently.

Rory Feek wrote a blog post on his website about a Mother-less Mother’s Day, which he and his daughter. Indiana, have had to endure since his wife Joey’s March 2016 death. Indy was just a baby when her mama passed away from cancer, but Rory has always made sure that Joey remains alive in their hearts.

This year, Indy is now seven years old, spending her sixth Mother’s Day without her mama. She and Rory went to church, and spent some time at Joey’s grave. Indy made a Mother’s Day card for Joey at school, which was a heart folded in half.

The front reads, “Happy Mother’s Day Mommy,” the inside had a cute photo of Joey and Indy, and on the back, Indy wrote, “I miss you.”

In his blog, Rory explained that although her mama is gone, Indy is being raised with “lots of wonderful women” in her life including her older sisters Heidi and Hopie, Rory’s sisters, Joey’s sister and mom, and her teachers at school.

“It’s never the same as getting to grow up with your mother I know, but still, it’s good. Really really good. And Indy is doing so well. I think her Mama would be… is… proud of her. I know I am,” he wrote.

Watch the video below from their Mother’s Day in 2014.