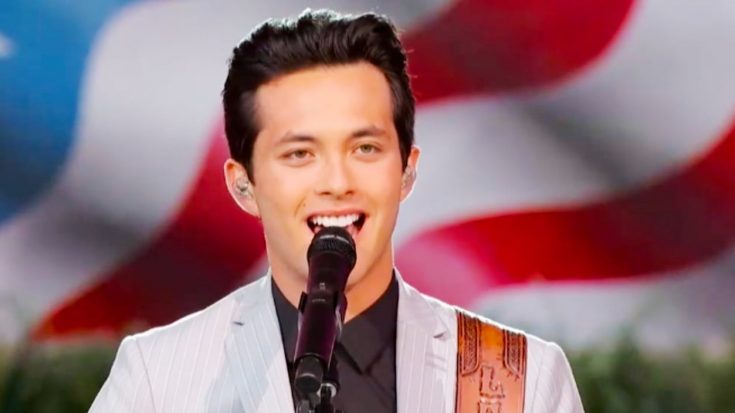 One of the most “American” songs to ever exist is “Johnny B. Goode” by Chuck Berry.

More recently, the song was covered by country rocker Laine Hardy, who won the 2019 season of American Idol.

Hardy delivered a standout performance of the song during Idol‘s “Showstopper” week, and earned great praise for it.

So when Hardy was invited to perform at the Capitol Fourth concert on the 4th of July in 2019, he knew “Johnny B. Goode” would be the perfect song to sing.

Standing just mere steps away from the U.S. Capitol, Hardy entertained the crowd with his red-hot rendition of Berry’s classic hit. The camera often drifted to show the large crowd that had gathered to watch him perform, and people could be seen singing and grooving along to the music.

It seems that Hardy made a good impression with his performance! If you weren’t one of the lucky people that was there to see it live, you can check it out in the video below.

Performances like these prove why America picked Hardy to be their “Idol!”