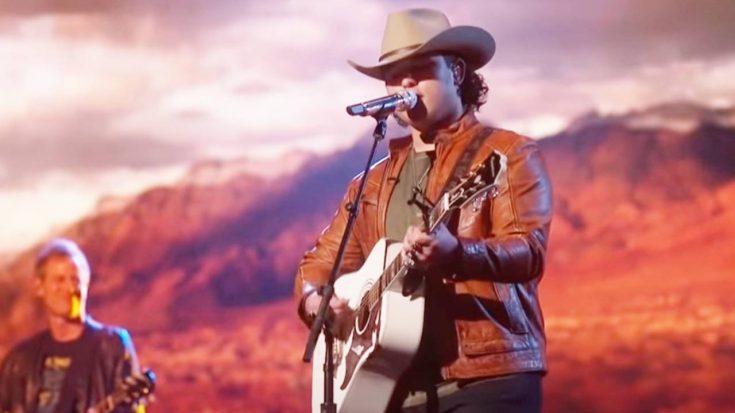 On Sunday night (April 18), the remaining 12 American Idol contestants performed songs that have been nominated for an Academy Award.

Country boy Caleb Kennedy chose a song that was released decades before he was born, and is now considered a country classic. The frontrunner performed Willie Nelson’s “On The Road Again,” which was nominated for an Academy Award in 1980 for being in the film Honeysuckle Rose.

Kennedy first auditioned for the show with an original song called “Nowhere,” which left the judges amazed.

“You better finish that song ‘Nowhere,’ because it’s gonna take you somewhere,” Katy Perry told him, while Luke Bryan called him “just perfect,” and has a “voice that tells a story far beyond a 16-year-old.”

Kennedy continued his run on the show with more original songs, even choosing to perform one in a last minute switch during “Showstoppers Week.” Ultimately the risk paid off because he is still in the competition.

He got all three judges out of their seats with his rendition of “On The Road Again,” and Bryan called it the 16-year-old’s “best from top to bottom performance.” Lionel Richie told him that if he keeps it up, he will be on the road for a very long time.