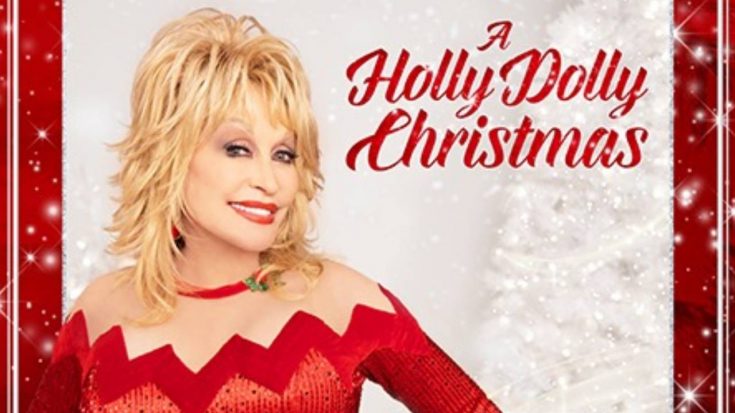 For the first time in 30 years, Dolly Parton is releasing a holiday album. Titled A Holly Dolly Christmas, the album will feature collaborations with Michael Bublé, Billy Ray Cyrus, her goddaughter Miley Cyrus, Jimmy Fallon and Willie Nelson, and her brother Randy.

Along with some new original songs, A Holly Dolly Christmas will be sprinkled with some holiday classics including “Pretty Paper,” “All I Want For Christmas Is You,” “I Saw Mommy Kissing Santa Claus,” and “Mary Did You Know?” which she had already released.

Leading up to the album’s release, the country singer dropped another track from the project, “I Saw Mommy Kissing Santa Claus.”

The upbeat and comical song features Parton’s adorable laugh at the beginning, followed by a short musical intro with sleigh bells. She is joined by a small choir for the chorus and sing-talks the second verse.

Her recording will have you grinning and singing along to the lyrics in no time. Take a listen to it below!