“I Love This Girl,” Tim McGraw Says Next To Photo Of Faith With New Pink Hair 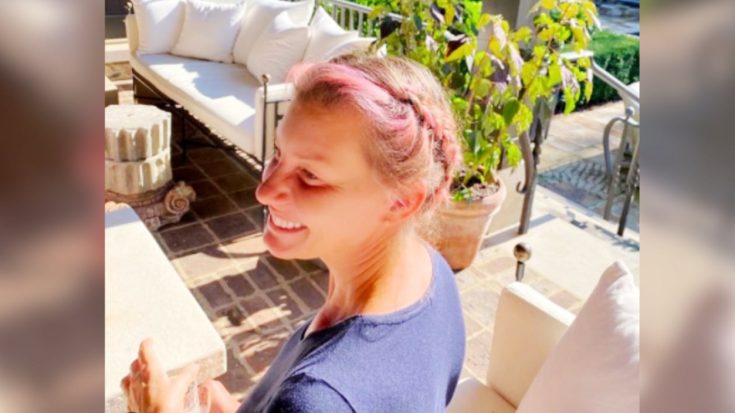 Faith Hill will turn 53 this September. But the “Mississippi Girl” looks so youthful, a bunch of fans recently mistook her for her eldest daughter!

Tim McGraw often takes to social media to gush about his wife of nearly 24 years. After Faith had a little fun dyeing her hair a new color, Tim couldn’t keep himself from sharing a photo.

“Dang, I love this girl!” Tim wrote. He also posted a camera emoji next to the name of their eldest daughter, 23-year-old Gracie, to indicate she took the picture.

The photo Gracie took shows a makeup-free Faith smiling as she looks off to the side while holding a glass in her hands. She was sporting a fun new “do” too, and had some pink streaks in her blond hair.

Faith’s youthful appearance and Tim name-dropping their daughter Gracie in the caption confused more than a few fans. Many people believed it was actually Gracie in the picture, not Faith!

Tim eventually jumped in and set the record straight, making it clear it is indeed Faith in the photo.

“Mmmm…so sweet y’all think this is our daughter, however it IS Faith….I’m the lucky one!” he commented.

We can’t blame people for mistaking Faith and Gracie. They do look quite similar, especially since Gracie is also rocking pink hair right now!

Just take a look at the below picture Gracie posted on the same day Tim shared the picture of Faith. Like mother, like daughter!

We think it’s so cute that both Faith and Gracie have matching pink hair right now!

Let us know, did any of y’all see the picture Tim posted of Faith and think it was Gracie at first? It seems like she fooled a lot of people!