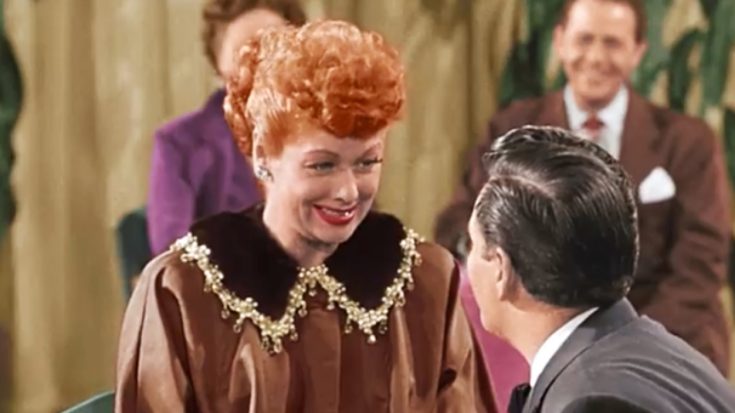 A priest, a minister, and a rabbi all walk into an I Love Lucy screening…No. It’s not a joke.

The hit show, I Love Lucy, almost met its end when star Lucille Ball found out that she was pregnant. In the 1950s, television was very conservative. It was typical for married onscreen couples to sleep in separate twin beds, and the word “pregnant” was banned from television altogether.

Hasn’t it been wonderful starting our weekday mornings again with this gal? 😍🥰 Watch #ILoveLucy on @MeTV & @hallmarkchannel weekdays! Check your local listings! 📺 pic.twitter.com/ZFbyoBaocb

When Lucille realized that she was pregnant, the future of the show immediately came into question. Instead of canceling the classic, the show reached a compromise. The actors could not use the word “pregnant.” Alternatively, they would say that Lucy was “expecting.” The show also had a priest, minister, and a rabbi screen each pregnancy episode before it aired to make sure the content was not too provocative.

The I Love Lucy episode “Lucy Is Enceinte” finally revealed that Lucy was expecting almost 68 years ago on 12/8/1952. In the episode, Lucy tries to tell Ricky the exciting news, but she is continuously interrupted.

Shows like I Love Lucy helped television stretch the bounds of censorship. Today, it is nearly impossible to imagine a time when a woman could not call herself “pregnant,” but television conservatism has evolved quickly over the past few decades.

Controversial for its time, I Love Lucy is still one of today’s most iconic classics. Time to watch reruns!