‘I Dream Of Jeannie’ Actress Barbara Eden Photographed At 88 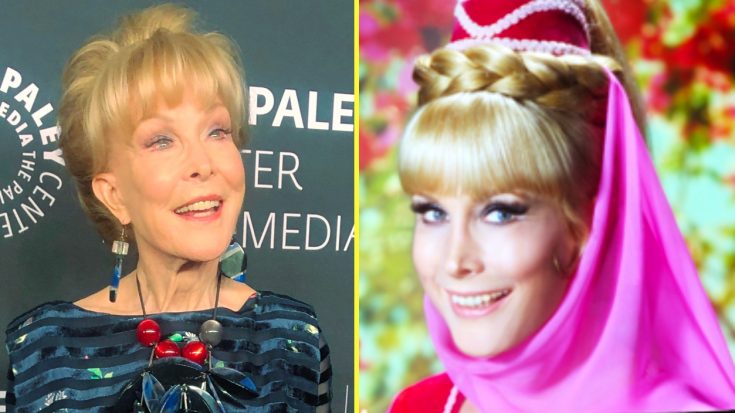 As we all watched Jeannie take on the mortal world with her astronaut master-turned-husband Anthony “Tony” Nelson on I Dream of Jeannie, we also fell in love with the actress who played her, Barbara Eden.

Eden’s career on the small screen actually began ten years earlier by being a semi-regular on The Johnny Carson Show and guest starring on multiple shows, including I Love Lucy.

Even though I Dream of Jeannie only ran for five seasons, it was her best known role and shot her to stardom. After her sitcom days, Eden went on to act in many different feature films, television films and appear on quite an array of television shows, even reuniting with her I Dream of Jeannie husband Larry Hagman on his TV drama Dallas in the early 1990s.

She also starred in the movie and follow-up sitcom Harper Valley PTA, based on the song of the same name by country singer Jeannie C. Riley.

The legendary actress is now 88 years old and her public appearances are few and far between, so when we do see her – it is quite exciting! Miss Eden appeared at a special Paley Center event called The Paley Honors: A Special Tribute to Television’s Comedy Legends, where she was being honored alongside Carol Burnett, Norman Lear, Bob Newhart, Carl Reiner, and Lily Tomlin.

We love seeing this legend out and about still! Watch her talk about working with Lucille Ball on I Love Lucy in an interview on Live with Kelly and Ryan back in March 2019!