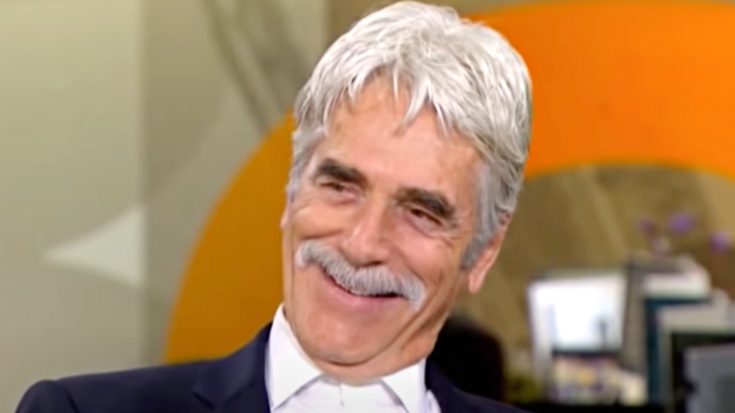 Sam Elliott has his wife, Katherine Ross, to thank for one of his most iconic roles.

After years of dating, Sam and Katherine tied the knot and honeymooned in Hawaii. While the couple enjoyed their trip, Sam’s agent offered the star an audition that had the potential to broaden his career. Of course, initially, Sam turned down the idea of leaving his Honeymoon early, but his wife saw the role’s importance. Katherine convinced her husband to return home to audition for the 1985 biography, Mask, which of course, became one of Sam’s most significant roles.

Mask followed the real-life of Roy L. Dennis, who was born with a very rare disorder called Craniodiaphyseal dysplasia. The disorder caused facial deformity and Roy’s early death at just 16 years old. The film focused on his life and relationship with his mother, portrayed by Cher. In the movie, Sam played a biker who acted as a father figure for Roy.

The film also ended up being a memorable experience for Sam. At the time, he spoke fondly of his co-star. In a statement obtained by Rare, the star recalled:

“I loved Peter and I loved Cher. I mean, what the f—? Cher’s Cher, you know? I mean, what’s there not to love about her. She’s one of the most outrageous people I’ve ever spent time with, and she’s wonderful to work with. It just was a glorious f—ing period of time.”

For more on Sam Elliott, check out the video below.