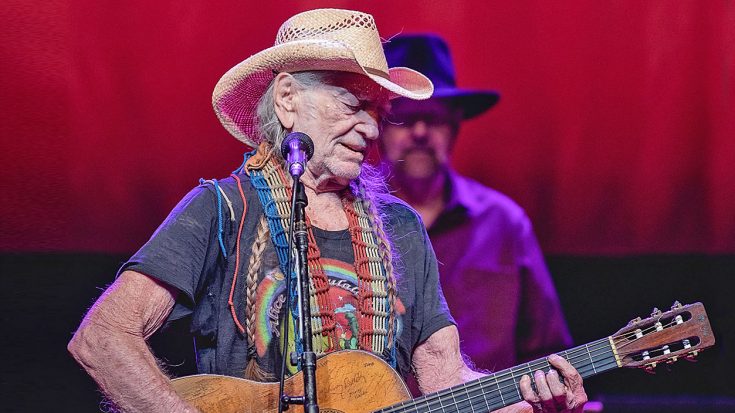 The touring Outlaw Music Festival is one of the highlights for an outlaw country music fan. It’s an opportunity to watch legendary singers, as well as some up and comers, perform all summer.

This year, the tour is traveling several places beginning in North Carolina, Virginia, Ohio, Arkansas, Texas, and many other cities. The legendary Willie Nelson and his family was announced as the headliners for every show, with rotating acts joining him along the way. Some of those artists include Alison Krauss, Sturgill Simpson, Old Crow Medicine Show, and many more.

The Outlaw Music Festival kicked off in Raleigh, North Carolina on Friday, May 25, followed by a show on May 26 not far away – in Charlotte. Unfortunately, the Charlotte show didn’t go according to plan.

Nelson was scheduled to start his set at 9:40pm, but after 45 minutes, he still hadn’t walked on stage yet. The crowd waited, according to a concert-goer, for an hour before being given any information.

We waited one hour without so much as a peep of information. Very poor treatment of 10,000 or so paying customers. Don’t we deserve the courtesy of an explanation before an hour goes by. #shoddytreatment by @WillieNelson #willienelson

Another attendee tweeted that the country legend had come on stage and walked off twice, “the 2nd [sic] time angrily throwing his hat into the crowd.”

85 yr young Willie Nelson has just walked on and off the stage in Charlotte twice. The 2nd time angrily throwing his hat into the crowd. I don't think he is coming back. I wish I had caught the hat.

Someone caught the hat-throwing on video, which also showed Nelson slowly walking on stage, putting on his guitar strap, picking up his guitar, and abruptly setting it back down. After he threw his hat into the crowd, he walked off stage without playing a single note, leaving his band with puzzled looks on their faces.

Eventually, the audience was informed that the concert was cancelled due to illness, but they were encouraged to keep their tickets for a possible future reschedule. According to Nelson’s website, the show has been rescheduled for June 20 at 7:30pm.

As for the illness the concert promotors told the Charlotte crowd about, no one knew what it actually was – until now. According to CMT, “Nelson came down with a stomach bug,” which is why he walked off the stage. Fortunately, he felt well enough to play a full set the next night in Bristow, Virginia.

We’re happy to hear the Nelson has seemed to make a full recovery! While fans at his Charlotte show were pretty upset, he is making it up to them.

Watch Nelson walk off the stage in Charlotte on May 26th in the video below.