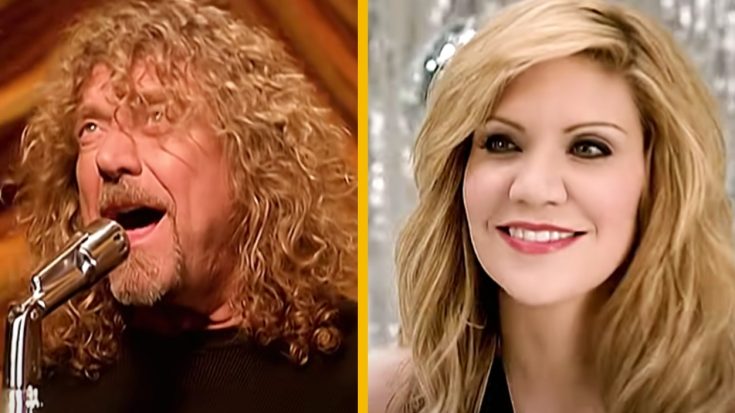 The announcement comes fourteen years after the debut of the pair’s Grammy-winning album, Raising Sand. The brand new album, Raise the Roof, will be released on November 19 with Rounder Records.

In anticipation of the new album, the pair also dropped a new single for fans. The newly released collaboration, “Can’t Let Go,” is a rendition of a song originally performed by Lucinda Williams and penned by Randy Weeks.

Like the first album, Krauss and Plant worked with iconic music producer T Bone Burnett. Raise the Roof will be a 12-track project and will feature Merle Haggard and Everly Brothers covers. Burnett and Plant also wrote an original song for the album dubbed “High and Lonesome.”

Krauss and Plant’s 2007 album won six Grammy Awards, and it earned a platinum certification. Additionally, the album charted at No. 1 on Billboard Top Rock Albums and No. 2 on the Country Album charts.

The new album, Raise the Roof, is currently available for pre-order. According to press release notes, the two are also planning a 2022 tour together.

Check out the pair’s new single “Cant Let Go” in the clip below.