He Tries Singing Prince, But Simon Stops Him Mid-Performance & Demands Another Song 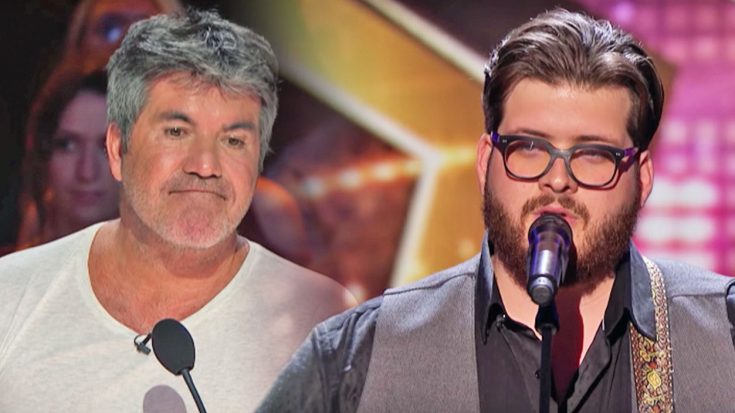 When you audition for the hit television show America’s Got Talent, you are on one of the biggest stages in the country. Not only are you performing for an esteemed panel of judges and a live audience, you are also performing in front of the millions of people watching from home.

The show has already televised the first round of auditions and are now well into the Judge Cuts round, where the acts that got through the first round perform once again, and the four judges, plus the celebrity guest judge, must narrow it down from 18 acts to seven in each episode.

This week’s guest judge was country singer Martina McBride and they made sure there were plenty of singing acts for her to help judge.

Can’t wait for you guys to see the newest @agt episode 🎊🎉 Mark your calendars… tomorrow on @nbc at 8/7c!

One of those singing acts was a man named Noah Guthrie. He wowed everyone in his first audition with a soulful rendition of Rihanna’s hit song “Love On The Brain.”

Guthrie gained some fame several years ago when he was cast on the last season of the hit TV show Glee. After the show was cancelled, the 24-year-old revealed he had to get back to the grind and stay on track to achieve his dreams of being a singer.

Guthrie’s Judge Cuts audition song was Prince’s “I Would Die 4 U,” which, from the judges’ facial expressions, wasn’t their favorite song for his voice.

Not long into the performance, Cowell stopped him.

“Okay, can I just stop this for one second? Noah, this is the stage of the competition where you gotta stand out from the pack. I like your voice. Umm, but I’m not sure, if I’m being honest with you, I would have chosen that song,” he said, asking for another song.

After shaking off his nerves for a second, Guthrie dove into his second song, The Allman Brothers‘ iconic song “Whipping Post.” Almost immediately, the faces on all five judges changed, looking thoroughly entertained with what they were watching and listening to.

@only1noah finds his voice the second time around with this powerful Allman Brothers hit. #JudgeCuts #AGT

This song was the perfect choice for Gutrhie’s naturally gritty voice and we can only imagine that Gregg Allman, who wrote the song, would have watched on proudly.

Luckily, he had this second song up his sleeve, because it was enough for him to make it through this round to the live shows! After being stopped in the middle of his first song, we can’t imagine how nerve-wracking it must have been to perform after that!

Watch it all go down in the video below.