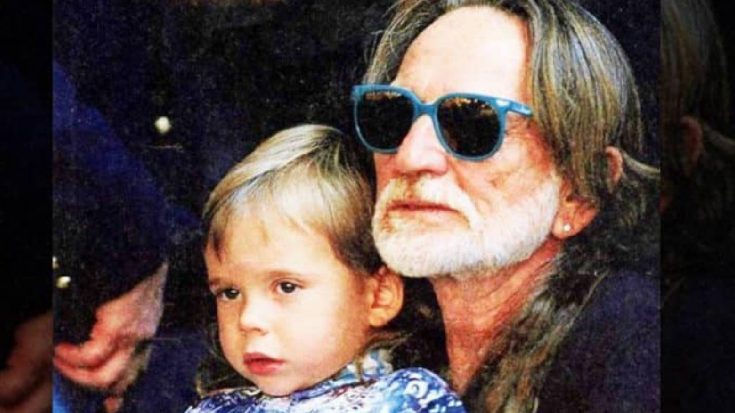 Willie Nelson was born on April 29, 1933 in Abbott, Texas, and in honor of his 88th birthday, countless social media tributes rolled in, and they will on April 30th as well.

While he was actually born on April 29th, the Hill County courthouse didn’t record his birth until April 30th. He decided not to go through the process of changing his birth certificate, so he celebrates on both days – and we don’t blame him!

.@WillieNelson was born the night of April 29, 1933, but the Hill County courthouse didn’t record his birth until April 30. Rather than strain to correct his birth certificate, Nelson just celebrates on both days. So happy birthdays, Willie.

One very important person in Willie’s life that wished him a happy birthday, is his son, Lukas. He shared a decades-old photo of him as a young boy sitting in his father’s lap.

“Happy Birthday, Dad! Let’s get back out on the road!” he wrote alongside the sweet photo. Lukas isa successful musician as well and often tours with his dad alongside his own band, Promise of the Real.

Happy Birthday, Dad! Let’s get back out on the road! @WillieNelson pic.twitter.com/xJ0z6l3dS0

See some of the other birthday tributes below from fans, friends, and peers.

"Ninety-nine percent of the world's lovers are not with their first choice. That's what makes the jukebox play."

Wishing a "Willie" happy birthday to this country legend! 🌟 @WillieNelson

Join us in wishing the one and only @WillieNelson a very happy birthday today! Celebrate this #CMAawards winner by listening to his music here: https://t.co/kNKoS68luj 🎉🎈 pic.twitter.com/XmSKLgqKx5

Today is the day of the birth of the great Willie Nelson, who turns 88 years young. On behalf of all humankind please join the Texanist in wishing a great big Texas-size happy HBD to @willienelsion. He’s one hell of a human and we’re all lucky to have him. Happy birthday, Willie! pic.twitter.com/5yKflRbGtF

Happy Birthday to one of the best singer-songwriters alive and my hero, Willie Nelson! Love this man.

"Ninety-nine percent of the world's lovers are not with their first choice. That's what makes the jukebox play." pic.twitter.com/ISJhPbE1sv

Willie Nelson is 88 years old. Tell me again how smoking pot is hazardous to our health….

Check out a video below from Willie Nelson’s 80th birthday party in 2013, where ” Happy Birthday” is being led by Randy Travis!