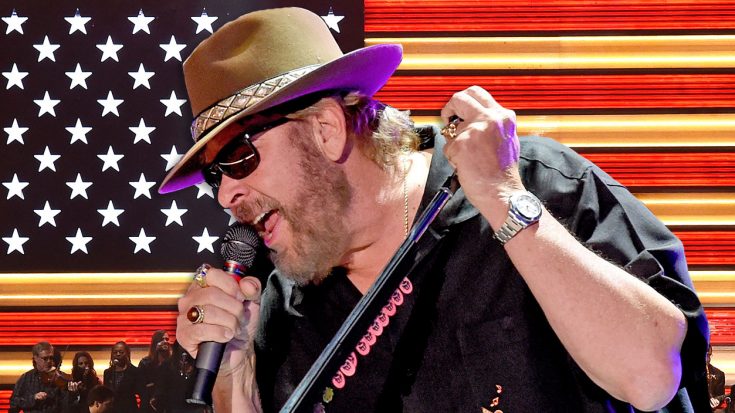 No one can forget the day that our world changed forever. Everyone remembers exactly where they were standing that day, and the overwhelming emotions that couldn’t be restrained.

On the morning of September, 11, 2001 terrorists hijacked four commercial airplanes, deliberately crashing two of the planes into both World Trade Center towers. The impact this attack had on our country was, and still is, devastating.

“‘9/11’ is shorthand for four coordinated terrorist attacks carried out by al-Qaeda, an Islamist extremist group, that occurred on the morning of September 11, 2001. The attacks killed 2,977 people.”

Americans band together to become a stronger, more united defense against anyone trying to attack our freedom. As a result, many country artists decided to write songs about the tragedy.

Hank Williams Jr.’s “America Will Survive“ is a rewritten version of his original “Country Boy Can Survive,“ and it peaked at number 45 on the Billboard Country charts after its patriotic re-write.

This powerful live performance was inspired by the events on 9/11 and shows an extremely patriotic audience. People in the crowd were waving American flags and when Hank Jr. sang the new lyrics, “American can survive, America WILL survive,” the crowd erupted in cheer.

Watch the patriotic performance below.