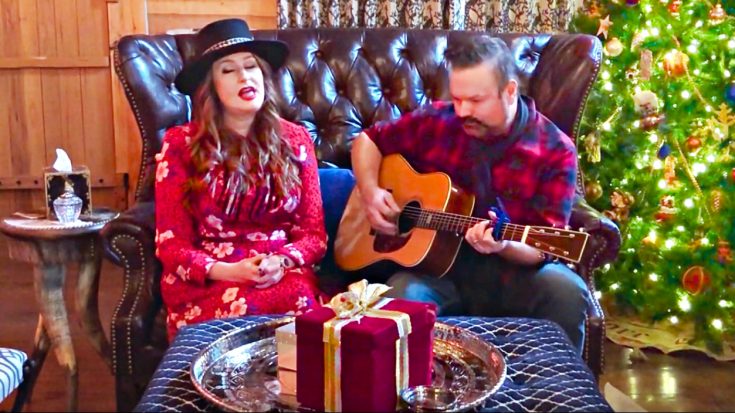 Sitting on a leather chair among a festively decorated cabin, the granddaughter of legendary Hank Williams gave us a spine-tingling rendition of a holiday classic…

The Granddaughter Of A Legend

When Hank Williams left this earth, he left behind a legacy unmatched by any other. While he might not be with us anymore, his memory lives on in his music and through the next generation of Williams. Hank Jr. gave us the rebellious country we love so much and now his children are following in their father and grandfather’s footsteps by entering the music scene.

It Runs In The Family

Sisters Holly and Hilary Williams have both started their own music careers in the past several years and let’s just say, talent definitely runs in this family!

They’ve covered a variety of songs and have created their own originals. The best part is that they have not forgotten their roots and often honor their grandfather and father with beautifully crafted covers.

Grandpa would’ve been 95 today ? I’ll never forget playing his song at the @opry ??

Paving Her Own Path

Hilary has recently released her My Lucky Scars LP that is a musical statement based on her own near-death experience. It features a beautifully written ode to love known as, “Crazy” and reinforces that she is a talent to be reckoned with.

We’re not in love, we’re still in love ?♥️ Link to “Crazy” music video in my bio!

With all her amazing abilities and her sultry voice, to say we were excited to find out she was covering Elvis Presley‘s “Blue Christmas” would be an understatement. Released in 1957, the song has become a staple on every holiday playlist.

Accompanied by a guitar, Williams moved patiently through the timeless holiday song. Her acoustic performance is an echoing reminder that not everyone is able to spend time with their loved ones during the holidays.

You can watch her sing the time-honored tune in the video below and let us know what you think in the comments.