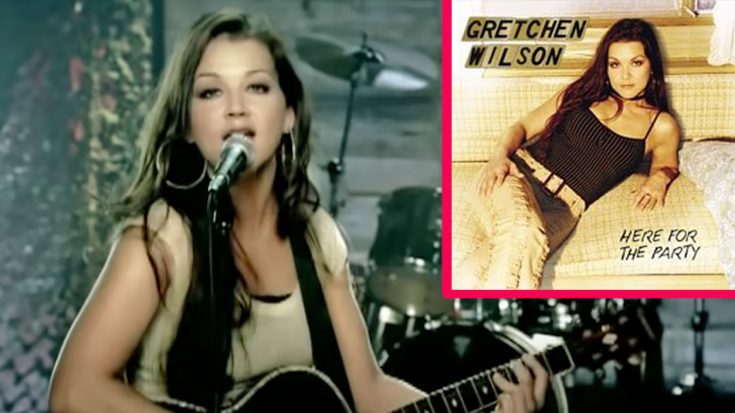 It’s a song you hear played in country bars across America. Gretchen Wilson released her song “Redneck Woman” back in 2004 and ever since then, it has been one of her biggest hits.

Many folks would be surprised to hear that the rowdy, hell-raising song was inspired by a much softer, more gentle kind of tune.

According to Wilson, she and John Rich had been watching country music videos and saw Faith Hill’s music video for her song “Breathe.” In an interview with Taste of Country, Wilson explained,

“The day that we wrote ‘Redneck Woman’ was a day that John and I were sitting around watching country music videos and Faith Hill’s ‘Breathe’ was on. She’s gorgeous, she looks like a supermodel, she’s rolling around in satin sheets. And that was the inspiration behind ‘Redneck Woman.’ I looked at John and said, ‘This is probably never gonna happen for me because I’ll never look like that, and I’ll never be that. That is just not the kind of woman I am.’ He looked at me [and asked], ‘Well, what kind of woman are you then?’ And I said, ‘I’m a redneck woman.’ Then he said, ‘What’s the matter with that?’ We, at that moment, decided to be as authentic as we could about that kind of a woman, and I felt like it was a responsibility almost at that point to speak to those girls who felt like me.”

That desire to be authentic paid off as the song skyrocketed up to No. 1 for 5 weeks and the album that it was on sold over 5 million copies.

Watch the music video for “Redneck Woman” below.