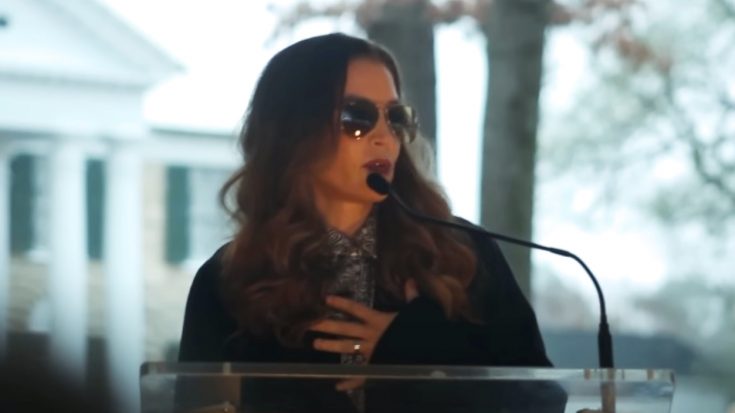 The world is in mourning following the sudden death of Lisa Marie Presley on Thursday (January 12). She was 54 years old.

Reports surfaced earlier on Thursday that Lisa Marie was hospitalized after suffering cardiac arrest at her home in Calabasas, California. According to AP, Craig Little, a spokesperson for the Los Angles County Fire Department, confirmed that paramedics were dispatched to Lisa Marie’s home at 10:37 AM.

Little said paramedics arrived about six minutes after being dispatched. A followup statement from the Los Angeles County Sheriff’s Department stated that paramedics performed CPR  and “determined the patient had signs of life” before rushing Lisa Marie to the hospital.

“My beloved daughter Lisa Marie was rushed to the hospital. She is now receiving the best care. Please keep her and our family in your prayers. We feel the prayers from around the world, and ask for privacy during this time.”

“It is with a heavy heart that I must share the devastating news that my beautiful daughter Lisa Marie has left us,” Priscilla shared. “She was the most passionate strong and loving woman I have ever known. We ask for privacy as we try to deal with this profound loss. Thank you for the love and prayers. At this time there will be no further comment.”

Lisa Marie was Priscilla and Elvis Presley‘s only child. Elvis passed away in 1977 at the age of 42. Lisa Marie has continued to honor him throughout her life and her own music career.

Just two days before her death, Lisa Marie was present to celebrate Austin Butler’s win at the Golden Globe awards for playing her father in Baz Luhrmann’s Elvis movie. Lisa Marie and Priscilla teared up as Austin thanked them during his acceptance speech.

A few days before the Golden Globes, Lisa Marie attended Elvis’ birthday celebration at his Graceland Estate in Memphis, Tennessee. Elvis would have turned 88 on January 8.

Graceland shared photos from Lisa Marie’s visit, and thanked her for celebrating with them.

“Priscilla Presley and the Presley family are shocked and devastated by the tragic death of their beloved Lisa Marie. They are profoundly grateful for the support, love and prayers of everyone, and ask for privacy during this very difficult time.”

You can read Graceland’s statement below.

Our thoughts and prayers go out to all of Lisa Marie’s loved ones during this difficult time. She is so dearly missed…