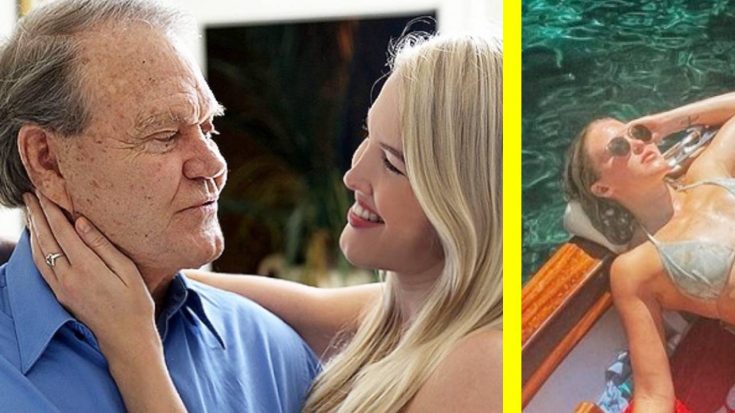 For the last several weeks, Glen Campbell’s youngest daughter, Ashley, has been on an incredible European vacation.

We were first really introduced to her during his farewell tour called Glen Campbell: The Goodbye Tour. She was a member of his band and also took the spotlight for a few numbers, including “Dueling Banjos.”

Since sharing the stage with her legendary father, who passed away in 2017, Ashley has begun her own musical journey with several releases of her own, including an emotional song about her father titled “Remembering.”

Ashley’s 2021 summer began in Hawaii where she watched her brother get married, then she jetted off to Europe, Northern Ireland to be exact!

Next, she visited Provence, France where she played a gig at a local cafe and even sang a tune in French! Make sure to swipe through her Instagram post below to see the video of her singing in French.

Her most recent destination is Rome, Italy and the surrounding areas where she has been able to enjoy a good Aperol Spritz, some swimming and sunbathing.

In her latest Instagram post, shared on July 27, she is lounging on a boat sporting a bikini and flaunting off her toned body. Check out the amazing swim spot she found below.

And take a look at her bikini photo.