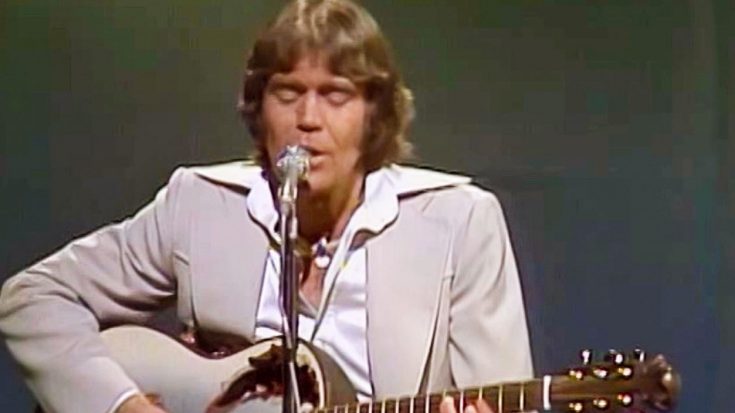 Early in 1969, Glen Campbell released the single that would go on to earn an iconic status in country music history. The song was named “Galveston,” written by Jimmy Webb and made popular by Campbell.

Campbell took his recording of “Galveston” to the top spot on the country charts on April 19, 1969, and also crossed over to claim the fourth spot on the Billboard Hot 100. Years later, “Galveston” continued to received recognition from the country community when CMT ranked it in the eighth spot on its 100 Greatest Songs in Country Music list.

Due to the popularity of the song and its mention of the real life city of Galveston, Texas, “Galveston” has gone on to become a Lone Star state theme of sorts. It is now considered not only as the official anthem for the city of Galveston itself, but also Galveston Island.

The song’s lyrics tell the story of a soldier who daydreams about his sweetheart back home in Galveston as he waits to go into battle. Despite all of the chaos going on around him, the soldier finds happiness thinking about Galveston, as he sings “Galveston, oh Galveston, I still hear your sea waves crashing/While I watch the cannons flashing/I clean my gun and dream of Galveston.”

Since “Galveston” is one of Campbell’s most popular songs, it was always a highlight of his live performances. In one particular performance, Campbell sat on a stool on stage with his guitar, and as soon as he played the first few notes the crowd erupted with applause.

Although the clip of the performance is short, Campbell’s talent shines through loud and clear. Between his captivating voice and charming smile, you’ll find yourself instantly drawn in to his performance. You can check it out below.

This song is as country as it comes!