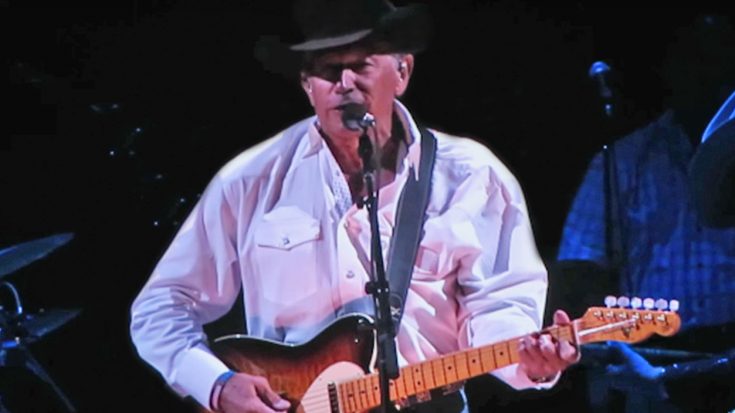 Over the weekend, George Strait returned to Las Vegas for two nights of shows at the T-Mobile Arena. The King of Country announced his retirement from touring in 2013 and went on a farewell tour appropriately titled The Cowboy Rides Away Tour.

While fans thought that he would never perform again, they were delighted to find out a couple years later that this was not the case. Instead of going on a full-blown tour, Strait set up a few dates a year in Las Vegas to perform for his adoring fans.

“I’m not retiring, just not going to tour anymore,” he has famously said.

During his Vegas shows, he thrills fans by singing his own iconic songs, but he also pays tribute to a few other legendary singers. One cover that really blew the crowd away was Merle Haggard’s “Are The Good Times Really Over.”

After hearing Strait sing the first few lyrics, the crowd cheered, knowing that he was singing one of Haggard’s most beloved songs. We think Haggard would have loved this version, don’t you think?

“Are The Good Times Really Over” was released in May 1982 as the third single from Haggard’s album Big City. It reached number two on the Billboard country chart and has since become one of the late singer’s most well-known songs.

It’s not every day that you hear a legend covering another legend. Enjoy Strait’s tribute to Haggard below.