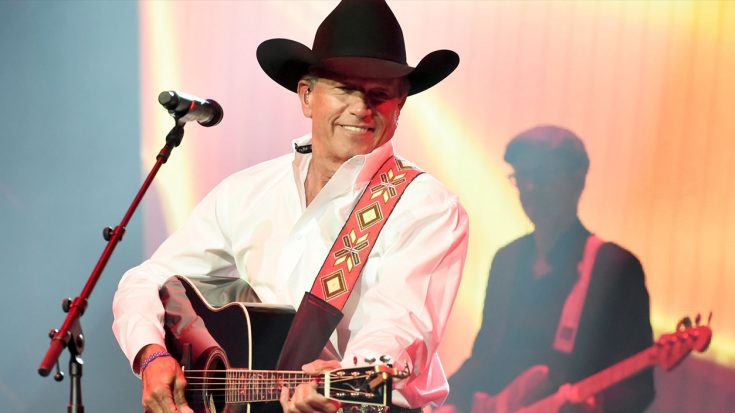 It’s been four years since the King of Country Music has performed a stadium show. His 2014 farewell to the tour life left fans wondering when they’d get another chance to see this country icon perform again. But in an unexpected announcement, George Strait told fans that he’d be performing a rare stadium concert in the spring of 2019. The excitement didn’t end there though when Strait also announced he’d be bringing along some talented pals.

Although Strait gave up touring, he has still continued to perform shows in Las Vegas. Beginning the “Strait to Vegas” series in 2016 with only six shows the icon quickly discovered he’d need to add more dates. In 2017, Strait added 10 more shows to his series that lead into 2018. The overwhelming success from his shows forced the icon to add two more shows in February of 2019. Performing 18 sold-out shows at the T-Mobile arena, it was obvious the King still holds his reign.

Tickets for our new Strait To Vegas shows at T-Mobile Arena with Ashley McBryde are on sale now! Get your tickets for February 1 & 2. Link in bio.

Thankfully for his loyal fans, George Strait will be returning to Atlanta for a one-night-only concert event in 2019. The special event will take place at the Mercedes-Benza Stadium on March 30th. This will be Strait’s first concert in Atlanta since his Cowboy Rides Away Tour. Strait and his band, Ace in the Hole will be performing at the show without their longtime drummer, Mike Kennedy. Kennedy passed away in August after being in a fatal car accident. Still, the band remains strong as they remember him in spirit.

Hard to put into words how much Mike's passing has affected us all. Our hearts are broken. It’s going to be very strange not being able to look over and see him there in his spot on stage and very emotional as well I’m sure for all of us and also his fans. The band will never be the same. A part of us is gone forever. We all loved Mike and will miss him terribly. He was just as solid a friend to us all as he was a drummer, and that was damn solid. Our hearts and prayers are with his family. The Lord has him now. Rest In Peace my friend. — George Strait . . . B&W photo courtesy of The Kennedy Family; Color photo courtesy of Terry Calonge

Although The King could put on the entire show by himself being that he has 60 Number One singles under his belt, he’s bringing some friends along for the ride. Kentucky-native country singer, Chris Stapleton will be in attendance with his golden vocals. His award-winning talent will add to the magical night that Strait has planned for his fans. Strait and Stapleton have performed together on several occasions and fans just can’t get enough of these two.

Joining the talented duo at the concert is country singer/songwriter, Ashley McBryde. Her album, Girl Going Nowhere was released on March 30, 2018. With a quick success, her album became the highest debut by a solo country artist in 2018. Another highly respected artist is making an appearance as well. The “Buy Me a Boat” singer, Chris Janson earned himself a spot at the one-night-only show. We can’t wait to see all these talented artists come together before The King.

Watch Strait and Stapleton perform “When Did You Stop Loving Me” below!