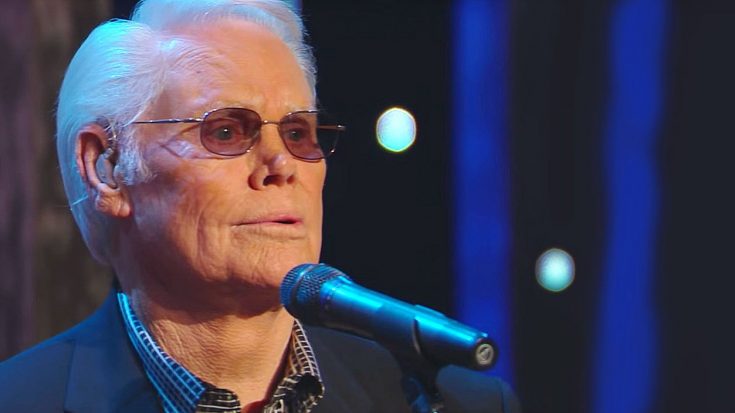 George Jones always held a deep fondness in his heart for gospel music. Whenever he had the opportunity to record a gospel album, he jumped at the chance.

Jones’ connection to gospel music goes way back to his childhood. He first learned how to play the guitar in church by performing gospel songs.

After achieving country superstardom years later, Jones continued to share his passion for gospel music through his three gospel albums.

Many gospel classics were featured on Jones’ albums throughout the years, including his version of the beloved song “Just a Closer Walk With Thee.”

“Just a Closer Walk With Thee” is a traditional gospel song which was written in the 1800s.

The exact author of the song is unknown, but evidence suggests that it dates back to before the Civil War. The song gained greater popularity in the 1930s when African-American churches held musical conventions.

But Jones’ rendition remains one of our favorites, and for a good reason. The passion he put into his performance can’t be duplicated or imitated, which is what makes his version stand out from all others.

If you’ve never heard Jones sing “Just a Closer Walk With Thee” before, then you need to tune in to the clip below. Even if you’ve heard his rendition a hundred times already, then you’ll still want to hit play!

Jones’ talent was a gift to country music, one that we are grateful to have experienced. He’s so dearly missed.