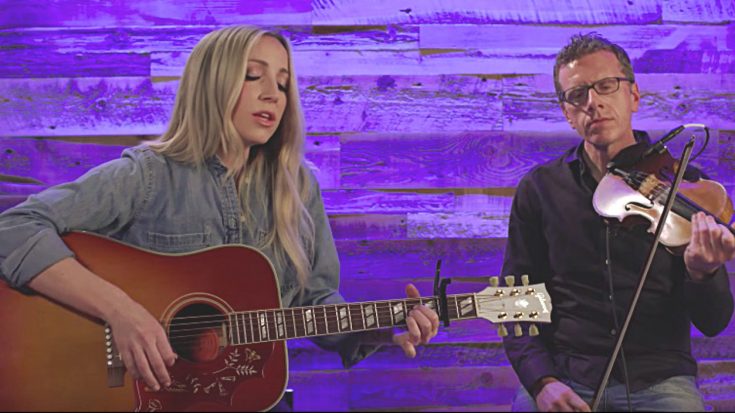 Bringing Old Songs Back To The Opry

Considering the important role the Grand Ole Opry plays in country music’s history, artists of all ages admire the famed stage more than any other. In honor of the great singers who came before them, today’s artists often grace the Opry with covers of old country favorites.

One artist who is frequently covered at the Opry is George Jones. Usually, you hear artists sing some of his big-name hits, such as “He Stopped Loving Her Today” and “Who’s Gonna Fill Their Shoes.”

But during a recent visit to the Opry, Ashley Monroe brought back a long-loved, yet lesser known hit of Jones’. It’s called “Bartender’s Blues.”

The Story Behind The Story In “Bartender’s Blues”

“Bartender’s Blues” was written by Rock and Roll Hall of Famer James Taylor, who typically didn’t write country songs. But he changed things up when he wrote “Bartender’s Blues,” which flips the traditional narrative of a bar patron telling the bartender his or her stories of woe.

Instead, “Bartender’s Blues” tells the bartender’s story, and reveals that he has troubles of his own. More than anything, he hopes that he can find a “honky tonk angel” to rescue him.

For Ashley Monroe, it doesn't get better than George Jones' "Bartender's Blues." Why? Because it has all of the good country song feelings in it! Check out her RADIO REPLAY!

Taylor was the first to release the song, which appeared on his album JT in 1977. Jones’ version was released the following year, and it was a big hit on the Country Singles chart, reaching the sixth spot.

While “Bartender’s Blues” isn’t one of the first songs that comes to mind when you think of Jones, it has still been a longtime fan favorite. We’re sure it’s probably a favorite song of yours as well!

It’s also a favorite of Monroe’s, who opted to perform it as part of the Opry’s backstage Radio Replay series.

Obviously, the song is naturally mournful in tone, but Monroe made it even more with her reinvented acoustic rendition.

With nothing but her own guitar and a single fiddle player to back her up, Monroe poured her soul into Jones’ old song. Her soft, angelic voice stood in sharp contrast to the song’s sad story, creating a performance that was equal parts beautiful and haunting.

Now that you’ve heard Monroe’s rendition, enjoy Jones’ original by checking out the clip below. We think he’d be proud of how she did, don’t y’all agree?