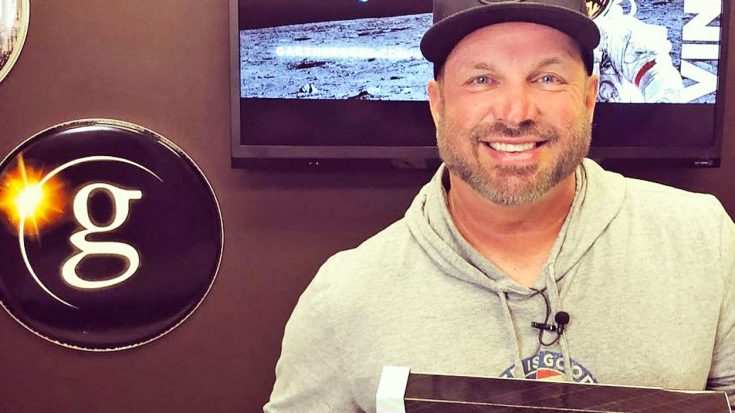 Can’t decide which Garth Brooks album to listen to? Don’t worry, now you can have them all.

Garth Brooks has been full of surprises over the past year but this one might just be our new favorite. The country icon announced that he is releasing a seven-disc vinyl collection featuring five of his greatest albums. If this isn’t the best way to listen to Garth classics – we don’t know what is!

Brooks revealed the surprise on his live Facebook series, Inside Studio G. His vinyl, The Legacy Collection will be available to reserve Feb. 26 at 7 pm. The seven-disk collection will include, No Fences, The Chase, In Pieces, Fresh Horses, and Triple Live. To this date, only three of Brooks’ albums were available on vinyl including his 1989 self-titled debut, 1990’s No Fences, and 1991’s Ropin’ the Wind.

Tomorrow is the DAY! #GarthOnVinyl numbered series goes ON SALE for a limited window starting at 7:00pm ET! Join me LIVE at https://garthbrooks.com/vinyl to reserve YOUR unique numbered edition for this one time only special! love, g All of the details on tonight’s #StudioG, click link in bio. . . . . . #GarthBrooks #Vinyl

The cover of the collection features an astronaut from the Apollo 14 mission, on the moon facing the camera, with a vision of a crowd reflecting through the helmet. The photo in the reflection is an actual selfie that Brooks took himself at a show.

#GARTHonVINYL Today is the Day! Join Garth LIVE tonight at 7pm ET on https://garthbrooks.com/vinyl for your chance to…

Brooks is treating fans to three different packages for The Legacy Collection – focused on the way the listener prefers to listen to music. According to Brooks,

The Analog package will feature “the original recordings, the way they sounded.”

The Remix-Remaster series “takes all that analog transferred to digital and now the records kind of jump to life in more of a modern sound… Louder, clearer, pretty much to blow your house up with” he jokes.

The Limited package has analog vinyl and digital CDs that include bonus tracks. Brooks explains, “So you can actually listen to the difference right there.”

Aside from the incredible edition itself, Brooks thought of a unique way to make the package even more special. Fans will choose a six-digit date that is memorable to them such as a birthday or anniversary. When headed on to purchase your vinyl collection, you will “reserve” that date. When The Legacy Collection arrives, it’ll have the date on the bottom spine – therefore you’ll be the only person with that collection that has that specific number.

If you attempt to reserve a particular date and it is taken, you will have to choose a different one.

The Legacy Collection will be shipped out on Nov. 1, 2019, where the Analog and Remix-Remaster versions will sell for $50 each. The Limited package will go for $80.

You can get all the details from Garth himself below. Check it out.

Tomorrow is the DAY! #GarthOnVinyl numbered series goes ON SALE for a limited window starting at 7:00pm ET! Join me LIVE at https://garthbrooks.com/vinyl to reserve YOUR unique numbered edition for this one time only special! love, g #StudioG