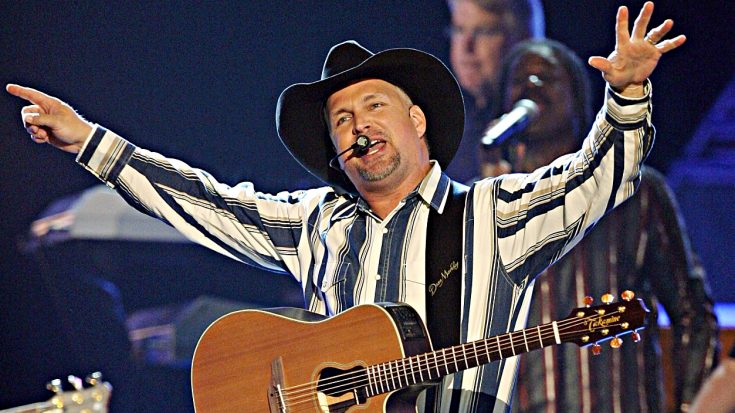 On the morning of Wednesday, July 29, 2020, Garth Brooks announced he would be permanently removing himself from the running for CMA Entertainer of the Year.

While on a Facebook live press conference, Garth shared with his fans and the press that the talk of him removing himself from the opportunity of winning the award began after winning the award at last year’s 2019 CMA awards. The nominees for the 2019 CMA Entertainer of the Year award included Garth Brooks (winner), Carrie Underwood, Chris Stapleton, Keith Urban, and Eric Church.

According to Taste of Country, shortly after Garth won for Entertainer of the Year, Church made a dig onstage directed at Brooks during a concert, changing the lyrics in the last verse while doing a cover of Jennings’ 1975 hit “Are You Sure Hank Done It This Way,” singing, “And I know Garth didn’t do it this way.”

Garth said he started the conversation with the CMA at his Knoxville concert shortly after the CMA Awards, to ask if it was possible to establish an Entertainer of the Year emeritus. They entertained the idea, and he had hoped to make an announcement at the 2020 CMA Music Fest, but it was postponed.

Garth opened up about how things went down after he won the 2019 award saying:

“You pretty much saw what happened after the CMAs, all the way through the new year. It got a little — it wasn’t fun, let’s put it that way, But there was one tweet that really stuck in my head. It said, ‘Why doesn’t he step down and have the entertainer for the next generation?'”

He also admitted he felt as though winning the award seven times is a good time to hand over the throne since it’s his lucky number.

What an incredibly humble and amazing artist and person! We love you, Garth!