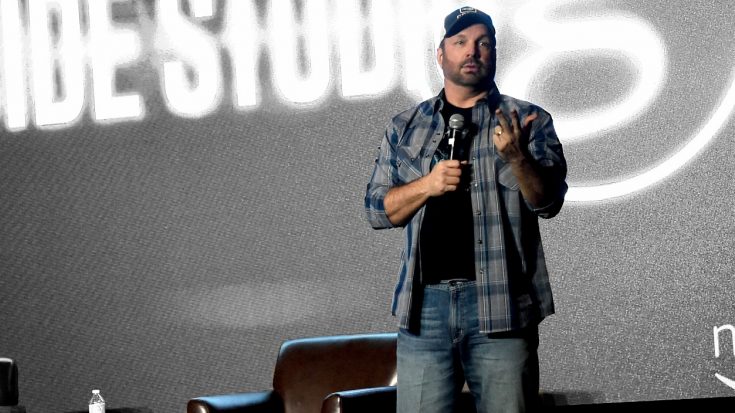 A metal pole fell from the rafters of Bridgestone Arena during one of Garth Brooks‘ final concerts in Nashville as part of his three-year-long world tour with wife Trisha Yearwood.

Brooks and songwriter Mitch Rossell had recently seen their song “Ask Me How I Know” soar to the top of the Country Airplay charts and land at No. 1. In honor of this major accomplishment, Trisha Yearwood planned to surprise Brooks with a balloon drop and confetti spray – but things didn’t go as planned.

#NowPlaying Ask Me How I Know by Garth Brooks pic.twitter.com/eBeUNdpnFg

During his December 9th, 2017 tour stop, Yearwood popped out on stage to surprise Brooks and cued the balloon drop for the first few rows of the crowd. One person sitting inside that set of rows was Jean Ann Crenshaw – a devoted fan who had traveled all the way from Kentucky to see the show with some of her friends.

As the attendants tried to get the balloons to drop, the netting wasn’t releasing them, so a worker used a large metal pole to try and dislodge the balloons. A split-second later, he dropped the pole down onto the awaiting crowd.

Crenshaw was looking up at the time and she was struck in the face by the falling pole while attempting to catch one of the falling balloons and suffered serious damage to her face in the eye area.

She required surgery and stitches where she was struck by the pole and suffered a broken nose. Additionally, she had scar tissue blocking her tear ducts and nerve damage that causes shooting pains. On top of all that, Billboard reports that her face was bruised and swollen for months following the incident – which, in turn, caused her husband trouble when they were out in public because strangers presumed he had beaten her.

The country singer's team and Bridgestone executives are currently assessing the situation.

The company who was in charge of the balloon drop, Iden Entertainment, accepted full responsibility for the incident and then left the rest up to their insurance company, State Farm.

Vice President and general manager of Iden, R.J. Monds, told Billboard that this was the first accident they’d had in more than 20 years of business and thousands of balloon drops. The employee responsible for dropping the pole was shaken up by the incident. They were disciplined and are still employed by Iden, according to Monds.

“We do something wrong, we take ownership,” he said.

Crenshaw and her friends were issued refunds for their ticket price from the arena and representatives from the arena contacted her a couple days after the incident, but she says she was disappointed in how Brooks’ team handled it.

A member of Brooks’ team quickly got her contact info before she was rushed to a local hospital, but she never heard from them again.

Watch the video of Trisha’s surprise to Garth below and let us know what you think of the situation.