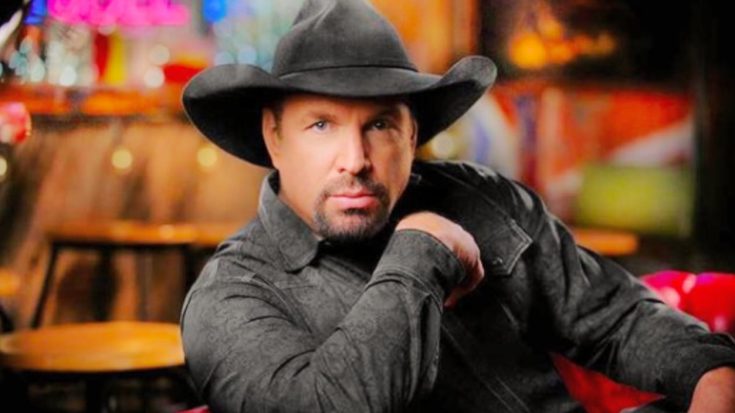 In January 2019, Garth Brooks revealed the title of his upcoming album. He said the album would be called Fun since he had such a good time recording the material for it.

“It’s just been a fun thing to go through, a fun process to go through, especially being off from touring where you don’t have to worry about if your voice is gonna be able to go in for sessions or not,” Brooks said during one of his Inside Studio G sessions.

At that time, Brooks said Fun would be released in the spring of 2019. But spring came and went, and Fun never arrived.

In the meantime, fans had a few new songs to enjoy. He released “All Day Long,” an ode to his wife Trisha Yearwood titled “Stronger Than Me,” and a collaboration with Blake Shelton called “Dive Bar.”

The latter song was the most successful, and peaked at the sixth spot on the Country Airplay chart.

“Dive Bar” dropped in June 2019, meaning that nearly a full year passed with no new music from Brooks.

The reigning CMA Entertainer of the Year changed all that when he released not one, but two new songs following an Inside Studio G session on Monday (May 11).

A fan named Jack asked Brooks when he planned to release Fun, and if the date would be soon. In response, Brooks said, “Jack, tell you what we’re going to do. We’ll get Amazon Music on the phone. You can stream Garth. Let’s release half the album on Amazon Music…tonight. Can we do that?”

He decided to release two new songs from the album, titled “Party Gras (The Mardi Gras Song)” and “That’s What Cowboys Do.”

Brooks has an exclusive contract with Amazon Music, and it’s the only place where fans can stream his songs. The country superstar was previously against streaming before making his deal with Amazon.

As for when fans can expect to see Fun released in its entirety, that’s uncertain. Brooks says the current world situation makes him hesitant to drop the new record:

“We’ve had this discussion,” Brooks said in a press release. “I don’t want to be the guy that tries to do something in the midst where everybody is hurtin’…The album’s ready to go. It’s just how do you get out and promote and be happy and jolly while everybody’s out there fighting for their lives…“

Even though fans may have to wait a while to hear all of the songs on Fun, they can head to Amazon Music right now to start streaming “Party Gras” and “That’s What Cowboys Do.” Hop on over there to give the two new tracks a listen.

You can also enjoy Brooks and Shelton’s official music video for “Dive Bar” below. It gives you another taste of what to expect on Fun!