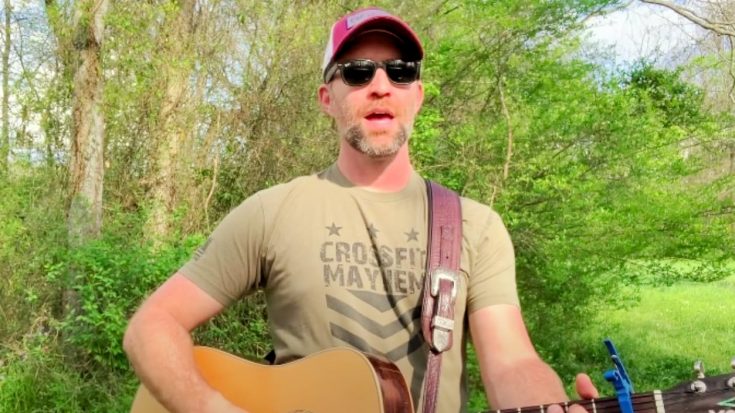 Josh Turner is one artist who has always paid his dues to those who came before him. He respects country music’s traditions and the singers who helped shape those traditions through the years.

When the current world environment left Turner unable to tour, he found a new way to share songs with his fans. Over the course of several weeks, the “Long Black Train” singer paid tribute to his country music idols by sharing covers of their songs on his YouTube channel.

Turner says these songs belong to the artists he would place on his Mt. Rushmore of country music. Those artists include Randy Travis, Johnny Cash, John Anderson, and Vern Gosdin.

Another artist Turner placed on his Mt. Rushmore of Country Music is the late, great Hank Williams.

The song Turner picked to pay respect to Williams was “I Saw the Light.” It’s a song that Turner is quite familiar with, since he recorded it for his 2018 gospel album I Serve a Savior.

Sonya Issacs of The Issacs joined Turner as the featured vocalist on the song. The duo’s recording won the Dove Award for Bluegrass/Country/Roots Recorded Song of the Year in 2019.

“I’m very proud of this song, proud of my version of this song,” Turner said when he introduced “I Saw the Light” for his Mt. Rushmore cover series. “I’ve loved this song for a lot of years.”

As he did with all of his prior covers honoring his Mt. Rushmore artists, Turner sang outside with nothing more than an acoustic guitar to back him up. We love hearing unplugged covers like this, because they have a sense of authenticity that can’t be found anywhere else.

You’re also sure to love Turner’s rendition of “I Saw the Light” when you watch his performance below. Hats off to him for continuing to share the songs of country singers who blazed the trail for him and so many others.