Garth Brooks Chokes Up During Performance Of “Belleau Wood” 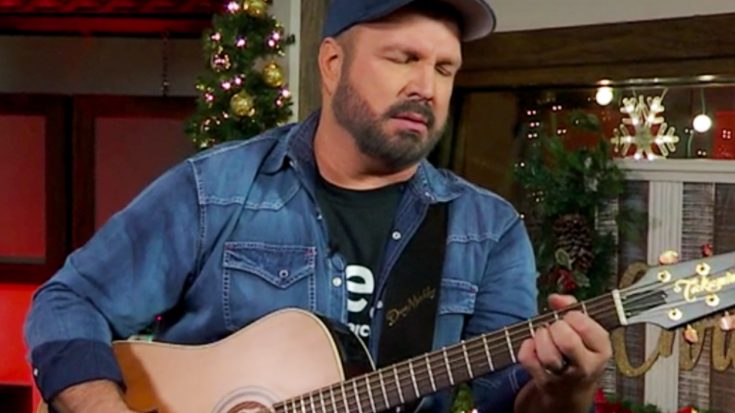 Garth Brooks got emotional during the Garth & Trisha! A Holiday Concert special in December 2020.

Brooks had to restart his “Belleau Wood” performance after getting choked up during the song. The country singer and his wife, Trisha Yearwood, took requests from fans during the CBS event. “Belleau Wood” was among one of the most sought after performances. The song was one of Brooks’ 1990s releases, which told the story about Christmas on the World War I front lines.

When a producer, dressed in an elf costume, informed Brooks of the top song request, his wife knew waterworks were on the way. Yearwood foreshadowed:

“Good luck, buddy. Because this one makes me cry, and I never cry.”

Brooks explained that he usually performed a shorter version of the song, but the country singer wanted to play the whole tune for their virtual audience. Brooks had to pause to collect himself, but he regained composure until the very end of the piece. In an emotional display, Brooks cried through the final verse.

“I love the message. It’s so pretty … And when you’re sitting there going, ‘Here’s hoping we both live to see us find a better way,” Brooks explained as he apologized to fans.

You can watch the entire special here.