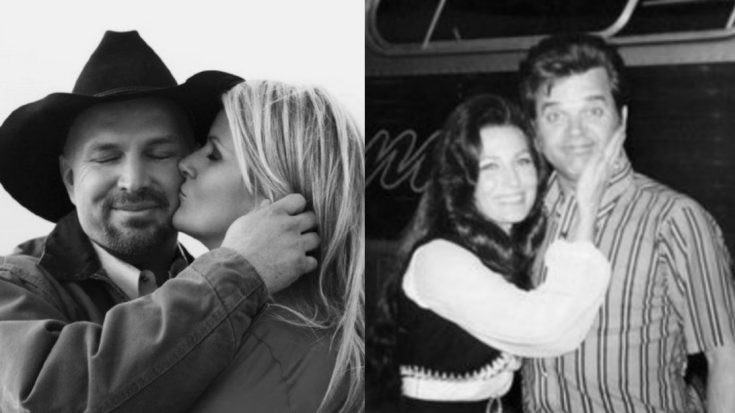 Before Dolly and Kenny, Tim and Faith and Garth and Trisha…there was Conway Twitty and Loretta Lynn. Over the course of their careers, the original country music power couple recorded 11 albums together and charted five No. 1 songs.

The unstoppable duo had success as solo artists before pairing up to become one of the most awarded duos in history. The pair won a Grammy Award for their powerhouse collaboration on the song “After the Fire Is Gone” in 1971. It would be Twitty’s only Grammy and Lynn’s first of three.

When Twitty passed away suddenly in 1993, Lynn was devastated. While their relationship was just that of dear friends, the two shared a special bond that few experience in their lifetime. Loretta remains close to Twitty’s children who have spoken publicly about the friendship their father and Lynn shared.

“He loved her with all his heart. They were the best of friends. It was more than a friendship, it was a soul connection. It remains a soul connection,” Conway’s daughter Kathy told an audience.  “He loved you, and he loves you still. And some day when Loretta steps into heaven, his arm’s gonna open up and ya know what he’s gonna say…’Hello Darlin.’”

Monday night (April 1), husband-wife team Garth Brooks and Trisha Yearwood took the stage at Loretta Lynn’s 87th birthday celebration at Bridgestone Arena in Nashville. They were just two of the many artists who came together to pay tribute to Lynn by performing one of her hit songs. It’s no surprise that Brooks and Yearwood chose to cover Lynn and Twitty’s Grammy Award-winning song “After The Fire Is Gone.”

Brooks and Yearwood gave fans a sneak peek at their performance by going live on Facebook during their final rehearsal.

Three years ago, Garth and Trisha were interviewed for a PBS special about Lynn called Loretta Lynn: Still a Mountain Girl. The couple addressed Twitty and Lynn’s powerful duets and the lessons they’ve learned from those performances.

“When these two voices hit, it creates this dimension that you can’t get singular without one without the other,” Brooks explained of Lynn and Twitty’s voices.

Trisha Yearwood shared her insight into the chemistry between the duet partners.

“And that’s why I’ve always enjoyed singing with Garth for the last 25 years. There’s an energy there that’s created together that isn’t separate,” she said. “It doesn’t take anything away from the singular artist, but it’s something different. There’s an energy there. I think that’s why everybody thought Loretta and Conway were married or at least having an affair because it was such a connection and it just worked hit after hit after hit.”

Watch Loretta Lynn and Conway Twitty perform “After the Fire Is Gone” live in the video below.